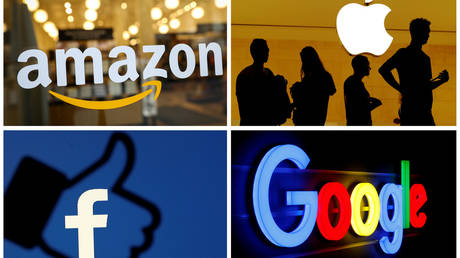 US tech giants are set to testify at a US government hearing over the French digital tax imposed last month in an attempt to level the playing field between big companies and local businesses.

“[The French tax] represents a troubling precedent, unnecessarily departs from progress toward stable long-lasting international tax policies and may disproportionately impact US-headquartered companies,” Jennifer McCloskey, vice president for policy at the Information Technology Industry Council representing Amazon, Facebook, Apple Inc, Google and other digital firms, stated in her prepared testimony ahead of the US government hearing on Monday.

While France has become the first country to impose a digital tax, the US tech giants all voiced concerns in their testimonies that the move will make way for other countries to impose similar measures.

Alan Lee, Facebook global tax policy head, said the tax is likely to “hinder growth and innovation in the digital economy,” while Google trade policy counsel Nicholas Bramble blasted the French tax as it “uniquely targets a subset of businesses” and is “likely to generate disputes on whether specific digital activities were ‘supplied in France’ or in another region.”

All testimonies noted that the cost of the tax may be passed down the supply chain and negatively affect consumers. For instance, in order to level the losses from the new tax, Amazon recently announced that it would be raising seller fees by three percent for small and medium-sized French businesses that operate via the company’s online stores starting in October.

In his testimony, Amazon’s director of international tax policy and planning said that the firm had no choice but to pass the cost down to selling partners, because the French tax “is aimed squarely at the marketplace services we provide to businesses.”

“We recognize that this may place small firms in France at a competitive disadvantage to their counterparts in other countries,” he stated, noting that more than 10,000 French-based businesses are doing business via Amazon’s marketplace.

As an alternative to the French tax, the US digital firms propose to address the issue of digital taxation through the Organization for Economic Co-operation and Development, or OECD, which could come up with measures less harmful to both business and consumers. (RT)