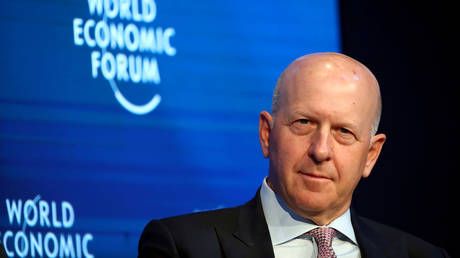 “Starting on July 1st in the US and Europe, we’re not going to take a company public unless there’s at least one diverse board candidate, with a focus on women,” Goldman Sachs CEO David Solomon said on Thursday at the World Economic Forum in Davos, Switzerland. “And we’re going to move towards 2021 requesting two,” he added.

Solomon’s understanding of the word “diverse” is ill-defined. Presumably, a “diverse” candidate is one drawn from the LGBT alphabet, or of any race other than white. Whether the transgender, the disabled, or people of minority religions qualify as “diverse” is likewise left unexplained.

Around 60 companies in the US and Europe have gone public recently with white, male boards, Solomon continued, adding that changing this is “something that we think is right.”

“Look, we might miss some business, but in the long run, this I think is the best advice for companies that want to drive premium returns for their shareholders over time,” he said. Nevertheless, Solomon insisted that diversity is better for the bottom line, noting that companies with at least one female director have had “significantly better” public offerings over the last four years than those without.

Diversity for diversity’s sake has become a mantra in Hollywood, and in the advertising campaigns of American megacorporations. Yet the public hasn’t always gotten on board. Razor manufacturer Gillette released an ad last year that delivered a sermon on “toxic masculinity,” which resulted in the firm taking an $8 billion writedown and parent company Procter and Gamble losing $5.2 billion in a quarter.