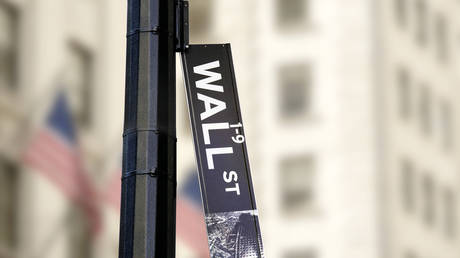 The bear phase is not over yet, according to the investment bank © Getty Images / jcrosemann

The current rally in global stocks is temporary, according to Goldman Sachs, forecasting a market bottom in 2023. The Wall Street bank’s strategists cite “typically consistent” indicators when saying that the bear market phase is not over yet.

“We continue to think that the near-term path for equity markets is likely to be volatile and down before reaching a final trough in 2023,” they wrote in a note to clients.

The investment bank noted that while valuations had fallen this year, they had mostly done so in response to rising interest rates. Goldman added that investors haven’t yet priced-in earnings losses from a recession.

The projection follows a recent stock rally, driven by softer US inflation reading and news of easing Covid restrictions in China. In the past month alone, the Dow Jones Industrial Average was up 10.6% and the S&P 500 has climbed 6.6%. The sharp rebound since mid-October followed a volatile year for global markets as central banks embarked on aggressive rate hikes to combat surging inflation.