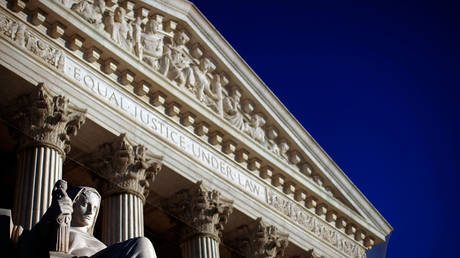 New evidence is emerging that the US establishment is continuing to exploit the window of opportunity provided by the emotional public reaction to the conflict in Ukraine to further subvert the multilateral world order. Members of the US Senate have revived an old draft bill from 1996 that would give American justice jurisdiction over foreigners who American officials decide to accuse of war crimes in foreign jurisdictions, according to a New York Times report.

The problem for Washington in dealing with war crimes is that in order to ascertain whether someone has indeed violated the international laws of war, the due process of an actual trial at The Hague is required. But not only has Washington previously passed a law (The Hague Invasion Act) that would authorize the Pentagon to take any action necessary to rescue any American citizens on trial for – or convicted of – alleged atrocities, it doesn’t even officially recognize the authority of the court.

When court officials moved to investigate the actions of American troops in Afghanistan in 2020, then-President Donald Trump slapped sanctions on court officials. And while those sanctions have since been lifted under President Joe Biden, there’s still no evidence that his administration is interested in demanding that the ICC hold Americans to the same standard to which they demand the rest of the world be held. In the latest example of such hypocrisy, Washington officials have been calling for Russian President Vladimir Putin to answer to The Hague over the conflict in Ukraine. 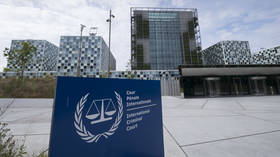 The US has The Hague Invasion Act, but wants The Hague to target Russia

No one at this point really has any clue where the line is between ‘conventional’ wartime atrocities and those deemed to be exceptional and punishable. Nor should conclusions be drawn on the basis of trial-by-propaganda. The wheels of justice tend to turn slowly.

But who has time for that? Certainly not Washington! Who needs slow and messy international law when you can just wake up one day and decide that you’re the new Hague?

What the US senators are proposing is a kangaroo court of questionable evidentiary legitimacy, given the complexities that time, distance, and the fog of war would introduce into the chain of evidence. Such a process would be imposed on a foreigner targeted with war crime suspicions by the US authorities in the event that they wind up on US soil, according to the NYT report.

If you’re wondering what that might look like, just ask French citizen Frédéric Pierucci, a former senior manager of France’s multinational Alstom, who was arrested by the FBI at New York’s JFK Airport in 2013, accused by the US of business-related bribery in Indonesia, and sentenced to two years and a half in jail, in the US. Pierucci was a foreigner, working for a foreign company, convicted in 2017 in a Connecticut court over an Indonesian matter. But the US Foreign Corrupt Practices Act allows for the long arm of American justice to claim global jurisdiction if any aspect whatsoever of the US financial or monetary system is touched in any way, however minor.

The case of Huawei executive Meng Wanzhou, daughter of the Chinese telecommunications multinational’s founder, also highlights the lengths to which the US will go judicially to defend its competitive advantage. (RT)