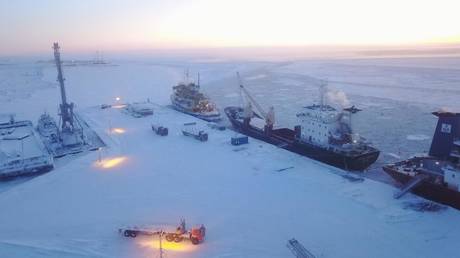 Russia’s Arctic LNG 2 (liquefied natural gas) project is set to receive all the planned external financing, as foreign lenders have reportedly pledged to provide about $9.5 billion in financial support.

The long list of lenders includes Chinese and Japanese banks as well as European credit and insurance firms, according to a document seen by Reuters. Asian peers are reported to have the most generous offers, with the China Development Bank providing $5 billion and the Japan Bank for International Cooperation (JBIC) offering $2.5 billion.

Iranian Deputy Foreign Minister Abbas Araghchi is on a visit to Azerbaijan. The diplomat arrived…

Ex-Armenian minister calls on Pashinyan to step down

Armenians fire about 30 shells at Tartar

On October 28, the Armenian armed forces continue to shell the territory of the Tartar…

“When the war broke out, Armenian soldiers abandoned us. Thankfully, Azerbaijani soldiers rescued us and…