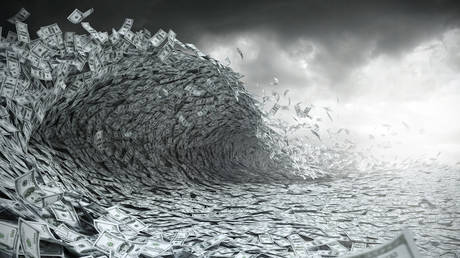 The tally soared to a record $305 trillion in the first quarter of this year, driven by the US and China, a researcher says © Getty Images / Viaframe

The world’s two largest economies were the heaviest borrowers in the first three months of this year as global debt climbed to above $305 trillion, the Institute of International Finance (IIF) reported on Wednesday.

Its data showed that China’s debt increased by $2.5 trillion over the first quarter and the United States added $1.5 trillion. The total debt in the Eurozone declined for a third consecutive quarter, the IIF said.

According to the analysis, many countries, both emerging and developed, are entering a monetary tightening cycle with high levels of dollar-denominated debt. (RT)