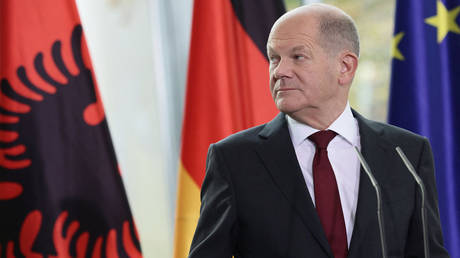 The West should do its best to prevent an escalation between Russia and NATO, German Chancellor Olaf Scholz said on Saturday, while stressing that it is necessary to continue providing Ukraine with arms to fight Russia.

Speaking at a conference of the Social Democratic Party in the southern German city of Friedrichshafen, Scholz admitted that many European citizens “are scared, and have reasons for it.” While highlighting the importance of supporting Ukraine militarily, he noted that Western countries should “be concerned that there is no escalation that could lead to a war between Russia and NATO.”

“It is important to act prudently and decisively at the same time,” he added.

Scholz’s comments come after last month he warned against taking “careless steps” amid the Ukraine conflict. “There must be no direct conflict between Russia and NATO,” he stressed at the time.

With relations between the West and Russia already having hit new lows after Moscow started its military operation in Ukraine, fears of a direct clash between Russia and NATO were recently triggered by a missile having landed in a Polish village close to the Ukrainian border.

Shortly after the incident, the Polish Foreign Ministry claimed that the projectile was “Russian-made.” Later, the nation’s authorities signaled that they may invoke Article 4 of the NATO Treaty, which allows any bloc member to request consultations if it believes that its security is at risk. 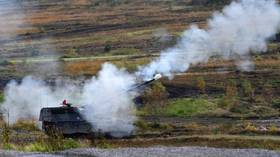 Following the blast, Zelensky pinned the blame on Russia, calling the incident “a very serious escalation” and an attack on NATO that demanded a response. Ultimately, however, Western officials admitted that the missile was of Ukrainian and not Russian origin.

The Russian Defense Ministry denied any involvement in the incident, saying its military experts had analyzed the photos from the scene and identified the debris as parts of an S-300 air defense system missile used by Ukraine.

Germany, along with many other Western countries, has been providing Ukraine with military hardware, including Gepard anti-aircraft guns, MARS II multiple rocket launchers, and the IRIS-T air defense system. Moscow has repeatedly warned that weapons shipments will only prolong the Ukraine conflict. (RT)