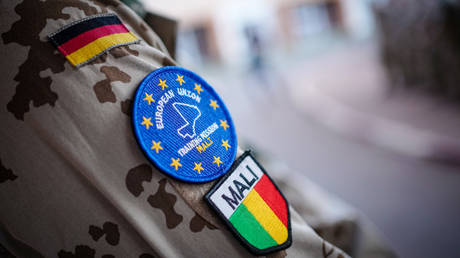 Some 1,100 German troops currently stationed in Mali will depart by May 2024, Berlin has announced. Bundeswehr soldiers have been deployed in the African country for almost a decade, as part of the UN peacekeeping mission MINUSMA, which the government in Bamako has been increasingly unhappy about.

Chancellor Olaf Scholz’s government will ask the Bundestag to give the mission one last year-long extension in May 2023, “in order to bring this mission to a structured end after ten years,” government spokesman Steffen Hebestreit said on Tuesday.

The UN has not yet received Germany’s official notice that it intends to withdraw, however, and intends to continue the mission in Mali.

“The mission is currently assessing the impact of these withdrawals on its operations and we are already in discussions with a number of countries in order to fill any gaps,” said deputy spokesman Farhan Haq.

Egypt has already pulled out of MINUSMA. Sweden said its forces would leave by June 2023, while the UK and Ivory Coast announced last week that their soldiers would be leaving soon as well. 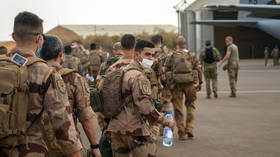 Germany’s scouts are mostly deployed near Gao, in the northern desert, and amount to less than a tenth out of MINUSMA’s total strength of 15,000. Another 20 or so soldiers serve with UN missions in South Sudan and Western Sahara, which have not been discontinued yet.

Paris officially ended the mission earlier this month, however, amid growing discontent from former colonies. Mali had canceled its defense pact with France in May. Bamako has accused France of actually helping terrorists and reportedly sought help from the Russian private military company, Wagner.

“If entire regions fall into the hands of Islamists, if girls can no longer attend school or the whole of Mali becomes Russia’s vassal, we will also feel the impact in Europe,” she said in August, in an interview with Bild am Sonntag. (RT)