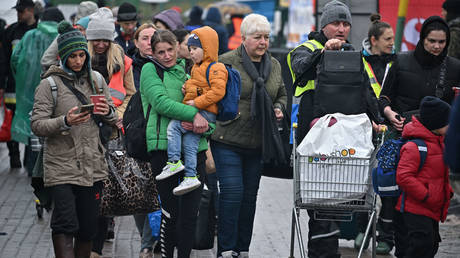 Germany is facing a new refugee influx fueled by the Ukraine conflict and the country is doing nothing to prepare for it, Manfred Weber, the president of the European People’s Party (EPP), said on Saturday.

Speaking to Welt am Sonntag newspaper, Weber, who is also the leader of the EPP Group in the European Parliament, claimed that Germany “is sleepwalking into a new migration crisis.” To prove his point, he said that accommodation centers in Germany were already full, with municipal authorities in a number of other European countries under strain as well.

The politician stressed that due to the destruction of Ukrainian energy infrastructure by Russian strikes, “we have to be ready for a large number of Ukrainians coming to the EU this winter – and many of them to Germany.”

“I’m afraid we will experience a dramatic exodus this winter,” he said. 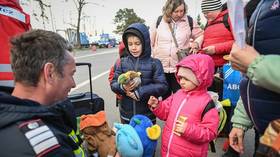 It is possible that Germany will have to accommodate Ukrainians in gyms, as well as restricting school and business activities to handle the crisis, Weber noted.

“Germany is not prepared for this situation. The federal government simply ignores the challenges,” he added.

Russian strikes on Ukraine’s power plants have knocked out a significant portion of the country’s energy grid. The bombardments follow Moscow’s accusation that Kiev conducted “terrorist attacks” on Russian infrastructure, including the strategic Crimean Bridge.

Weber also addressed the issue of refugees coming to Europe from Africa via Italy. According to him, Germany should help Italy handle the crisis not through supporting rescue efforts, but rather by organizing joint European patrols “at the external borders of the Mediterranean.”

“If you do not have a visa, a passport or a reason for asylum, you should be returned immediately,” he said.

In recent months, various European countries have been stocking up on food and other supplies in anticipation of a winter influx of Ukrainian refugees.

According to UN data, about 4.8 million refugees are currently registered with various national protection schemes in Europe, with almost eight million displaced Ukrainians recorded across Europe in total. (RT)