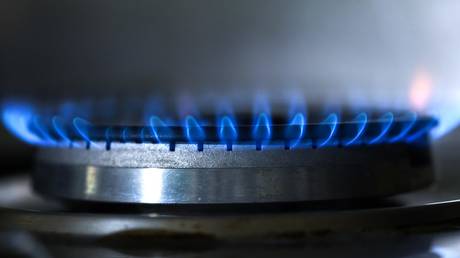 The head of Saxony, Michael Kretschmer, says the current high prices are hurting the country’s economy A FILE PHOTO of a lit burner of a gas stove © AFP / Ina Fassbender/AFP

Russian gas supplies are critical for Germany, and will remain so in the foreseeable future despite Berlin’s attempts to diversify its energy sources, Saxony’s minister-president Michael Kretschmer warned.

In an interview with the newspapers belonging to Germany’s Funke Mediengruppe on Saturday, Kretschmer said: “We are already witnessing that we can’t do without Russian gas.” The official added that the sanctions imposed by Berlin over Russia’s offensive against Ukraine have “contributed to this shortage situation.”

According to Kretschmer, Berlin should try to make sure that it keeps receiving Russian gas after the armed conflict in Ukraine is over. He added that the current exorbitant prices for the fuel are ruining Germany’s industry.

As a stopgap measure to alleviate the situation Saxony’s governor suggested prolonging the operational lives of Germany’s three nuclear power plants, as well as reactivating some of the existing facilities that had previously been shut down. 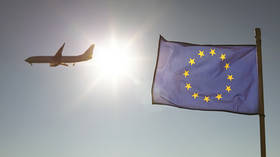 According to the German government’s current plans, two of the three remaining nuclear power plants should be kept on stand-by until mid-April 2023. However, barring any changes, all nuclear facilities will be disconnected from the German grid by the end of this year.

Saxony’s minister-president went on to say that Germany should not give up its ambitious plans to become climate neutral, but noted that a “new path” is needed. The governor explained that previous plans to use “gas as a bridge technology” are apparently not going to materialize.