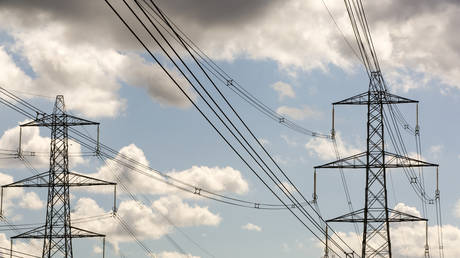 Germany may have to temporarily limit its export of electricity during the upcoming winter, including to France. The report from Financial Times cited Hendrik Neumann, chief technical officer of Germany’s leading grid operator Amprion.

According to the news outlet, the measure could be implemented as a “last resort” in order to avoid power outages within Germany. Neumann reportedly said that power exports would likely be halted for several hours at a time, “not days.”

“We are assuming a highly stressed situation during the coming winter,” Neumann told FT, adding that the current energy crisis in Germany and in the broader EU is only partially caused by the situation around Ukraine and the ensuing sanctions war with Russia. Other “overlapping issues” include the shutdowns of roughly half of the nuclear power plants in France, as well as coal shortages caused by delivery problems due to low water levels. Issues stemming from the remoteness of most wind power generation plants from their main consumers, industrial plants, also are said to be adding fuel to the fire. 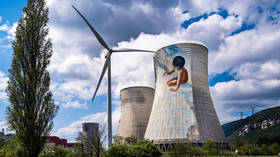 Germany has been a large power exporter for years. Last year, for instance, it sold 17,400 gigawatt hours (GWh) more electricity to other EU countries than it imported, according to data from the network regulator.

France and Austria are Germany’s major power buyers. France imported 6,000 GWh of electricity from Germany in January to March this year, 5% of Germany’s overall electricity production during that period, according to data from think tank Fraunhofer ISE. This figure was five times greater than in the same period last year, the report states.

Analysts say that a drop in German power exports may exacerbate supply shortages in France. Last month, reports emerged that France may even halt power supplies to Italy for two years, due to problems with nuclear power plants. However, France later denied these claims.

The French government has been urging the country’s state utility EDF to restart the 32 currently idle nuclear reactors as soon as possible. They went offline earlier this year due to corrosion problems and have so far been on maintenance. EDF recently said its nuclear power output was set to drop to its lowest level in over 30 years due to problems at the aging plants.