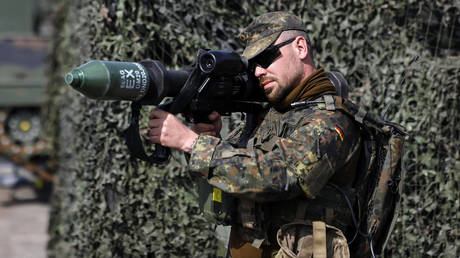 According to the figures, Berlin has yet to provide Kiev with heavy weapons, with the first deliveries still being processed © Global Look Press / Christoph Hardt

Germany has for the first time made public the exact numbers and types of weapons, ammunition, and other military aid it has already delivered or is preparing to deliver to Ukraine.

Released on Tuesday on the German government’s official website, the data is prefaced by a short clarification. The note states that the list includes both “contributions from the stockpiles of the German military,” as well as the weapons purchased directly from German manufacturers and paid for by Berlin.

The statement also details that in 2022, a total of €2 billion will be earmarked from Germany’s budget for these shipments, and to fund the country’s contributions to the European Peace Facility (EPF), which is the EU’s “off-budget instrument aimed at enhancing the Union’s ability to prevent conflicts, build peace and strengthen international security.”

Read more:   Trump intends to leave strong intelligence after the withdrawal of troops from Afghanistan

According to the document, the EPF can be used to refund EU members states for the support they provide to Ukraine. 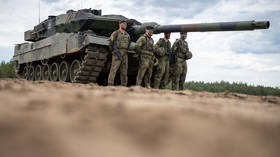 Among the lethal weapons Berlin has supplied to Kiev so far are 3,000 Panzerfaust 3 man-portable anti-tank rocket launchers, 500 US-designed Stinger and 2,700 Soviet-designed Strela man-portable anti-aircraft missiles. On top of that, 100 MG3 machine guns, 14,900 anti-tank mines, 50 bunker-busting rockets for rocket launchers, 16 million rounds of ammunition for light weapons, and 100,000 hand grenades have been delivered. As for non-lethal military aid, 23,000 combat helmets, 178 unarmored and 30 armored vehicles, first aid kits and other medical supplies, as well as spare parts for the MiG29 Soviet-designed fighter jets were provided by Germany to Ukraine.

The list of items Berlin is preparing to ship features a number of heavy weapons which Kiev has long been soliciting from its Western allies. A German official noted in the document that for security reasons, they would abstain from disclosing any additional details and dates until the successful handover of these systems.

Germany, along with a number of other EU member states, the US, UK, Canada, and Australia have been providing Ukraine with weapons since the start of Russia’s offensive against the country in late February. (RT)