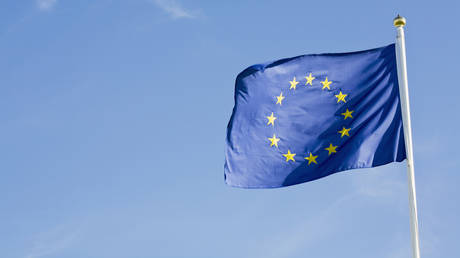 Germany fears that if Ukraine becomes a full-fledged EU member, Berlin will see its influence within the bloc erode, The Daily Telegraph reported on Saturday, citing a senior diplomatic source.

Olaf Scholz, Germany’s chancellor, apparently discussed the matter with EU leaders in Brussels behind closed doors. According to the outlet’s source, he urged an overhaul of the EU treaty system before Ukraine’s membership bid is approved.

At the heart of the concern is the EU voting system that factors in the number of countries voting and their respective populations, a reality that would grant Ukraine a strong leverage within the bloc. Moreover, according to an analysis by the German Institute for International and Security Affairs, if Kiev joins the EU, it would be its fifth-largest member, but also the poorest.

It is also possible that Kiev may join efforts with Poland or other Eastern and Central European nations to sideline such core EU states as Germany and France.

“This would shift the balance of power within the EU further away from Germany and France more towards Central and Eastern Europe, where the countries, together with the Nordics, for the first time would become a more sizeable bloc in terms of voting power,” Dr Nicolai von Ondarza, of the German Institute for International and Security Affairs, told The Telegraph. 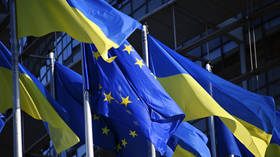 With that in mind, the German leader reportedly aims to update the EU voting system in such a way that would prohibit the emergence of various power factions within the bloc to get extra funds from their wealthy Western European neighbors. According to the outlet, Scholz also wants to ditch national vetoes.

In late June, the EU granted candidate status to Ukraine, a move that has been widely regarded as a “symbolic” gesture amid the nation’s ongoing conflict with Russia.

“This does not mean that Ukraine will soon be part of the European Union. It is a process of many years with a lot of reforms which will be very difficult and, for us, it is very important to give a strong symbolic signal,” Belgian Prime Minister Alexander De Croo said at the time.

French President Emmanuel Macron also warned Kiev that EU membership could still be decades away. The timeline largely hinges on the condition that Ukraine has to enforce a slew of economic, democratic and anti-corruption reforms. (RT)