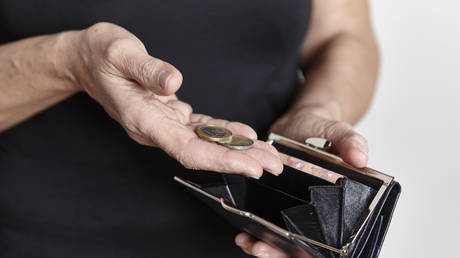 Europe’s biggest economy is taking its worst hit since the 1979-81 oil crisis, according to a study © Getty Images / Maria Fuchs

The German economy is expected to lose billions of euros by the end of 2023 due to skyrocketing energy prices, the Ifo Center for Macroeconomics said in a report published on Tuesday.

According to the forecast, real income loss will reach €110 billion ($110 billion) during the 2021-2023 period, which equals 3% of Germany’s annual economic output.

“The only time this figure was higher was during the second oil crisis of 1979-81, when the loss in economic output was 4%,” said Timo Wollmershaeuser, senior economist at Ifo.

The surge in energy prices is expected to take a heavy toll on the German economy this year, with an anticipated €64 billion loss, or 1.8% of the country’s output. The estimated loss for 2021 exceeded €35 billion, and a €9 billion drop is expected for 2023, according to Ifo.

Read more:   Independent Azerbaijan is best tribute to sacrifice of those who died during January 20 events: ambassador

German citizens will continue to feel the impact of the energy crisis over the next few years with a drop in real incomes, Wollmershaeuser warned, adding that losing Russia as the main energy supplier will result in long-term high oil and gas prices.

He also predicted that Germany will not wean itself off energy imports “overnight” as the country has long been dependent on external supplies.

In late October, Ifo predicted that the German economy would contract by 0.6% in the fourth quarter. According to an Economy Ministry forecast, Germany will see growth of 1.4% this year and a 0.4% slump next year.