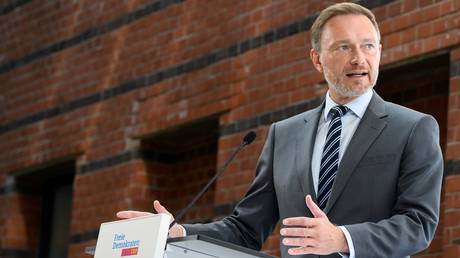 Western nations should seize the foreign assets of the Russian Central Bank, German Finance Minister Christian Lindner believes. Some proposals are already on the table in the EU and G7, he told media outlets from Germany, France, Spain, and Italy on Tuesday.

Lindner spoke to journalists ahead of the G7 meeting of finance ministers scheduled for Wednesday. The group includes the US, UK, France, Germany, Italy, Canada, and Japan. Potential confiscation is already being discussed within the group, the German finance minister confirmed, adding that similar discussions are being held within the EU.

“I am politically open to the idea of confiscating foreign assets of the Central Bank of Russia,” Lindner said, adding that the goal is to “isolate Russia politically, financially and economically.”

As for the private assets of Russian elites, he said Western nations should first check if it is “legally possible” to confiscate private assets. “We must respect the rule of law, even when dealing with Russian oligarchs.” 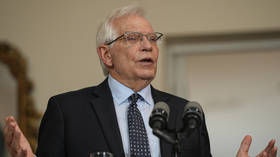 In the wake of the conflict, Western nations slapped Moscow with several rounds of unprecedented sanctions targeting its financial and banking sectors. Roughly half of the Russian Central Bank’s foreign assets have been frozen as part of these measures. Moscow has blasted the idea of confiscating these assets as “theft.”

Russian President Vladimir Putin “has to pay a very high price for his aggression against Ukraine,” the minister said, noting that attempts to isolate Russia have “serious economic consequences, especially for low-income countries,” particularly because of the rising interest rates and soaring prices on agricultural products.

Lindner, however, maintains that it is “Russia’s war against Ukraine [that] is responsible for the economic consequences, not the sanctions.”

The minister also stated that Germany and the EU as a whole “must face the risk of stagflation” if they are to continue their current policies, calling on the bloc to “strengthen growth” and work together to stabilize the global economy. He also called Germany’s energy strategy, which has relied heavily on Russian imports, a “serious mistake,” and called for the diversification of energy imports. 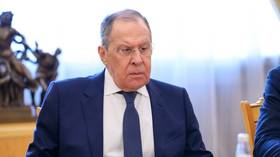 This goal, however, is not easy to achieve, Lindner said, adding that it is possible for Germany to get coal from other sources, and that Berlin is ready to forgo Russian oil, “But with natural gas it will take longer.” He noted that an “immediate halt to gas supplies from Russia would severely damage the German economy.”

He also said he does “not want to risk a major economic downturn” while helping Ukraine. “We must avoid a situation in which we harm ourselves more than Putin’s war chest.”

The finance minister urged closer cooperation between liberal democracies, adding that “this new kind of globalization should be based on common values and common interests in the economic sphere.” He called on Germany to diversify its foreign trade as well, to avoid overdependence on certain trade partners such as Russia or China.

At the same time, Lindner warned against “building to separate blocs” based on values, particularly in trade. “Russia will not be a partner for a very long time,” the minister said, but that does not mean Western nations should cease trading with China and India, which, according to him, should be separated from Russia. (RT)