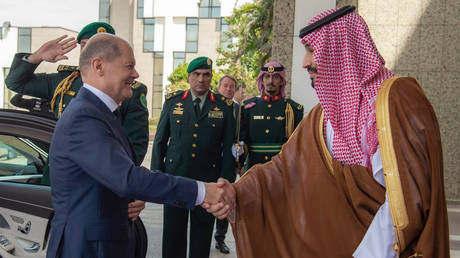 Germany’s coalition government approved $35 million in new arms sales to Saudi Arabia before Chancellor Olaf Scholz visited Riyadh last week, Der Spiegel reported on Thursday. Sales were halted in 2018 over the war in Yemen, but Berlin has relaxed its stance on sending weapons to warzones since the outbreak of the conflict in Ukraine.

Economy Minister Robert Habeck confirmed in a letter to the German Bundestag (Parliament) that several deals had been approved by Scholz shortly before he traveled to the Gulf region last week, the newspaper reported.

The export licenses are part of a joint program with Italy, Spain and Britain, the letter reportedly stated. 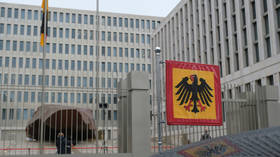 Germany is the world’s fifth-largest arms exporter, according to the Stockholm International Peace Research Institute. While Saudi Arabia was once one of Berlin’s top customers – purchasing €1.24 billion worth of German weapons in 2012, former Chancellor Angela Merkel’s government agreed in 2018 to ban the sale of weapons to countries involved in the Yemen war.

The ban contained several exceptions, but a total embargo came into force a year later, following the killing of journalist Jamal Khashoggi by Saudi security forces. However, news reports last year suggested that the ban was being flouted, with sales authorized to several countries fighting in Yemen.

Prior to last September’s federal elections, the Green Party’s manifesto explicitly stated that it wanted to “end European arms exports to war and crisis zones.” In the days and weeks after Russia launched its military operation in Ukraine in February, Habeck’s Greens and their coalition partners stuck to this policy, citing Germany’s history as an aggressor in World War II to explain their reluctance to arm Kiev’s forces.

That policy has fallen by the wayside, and Germany has since given Ukraine artillery guns, anti-aircraft tanks, armored vehicles and ammunition. Despite this significant U-turn on fueling foreign conflicts, Kiev has repeatedly called for more and heavier weapons from German stocks, including battle tanks and infantry fighting vehicles. (RT)