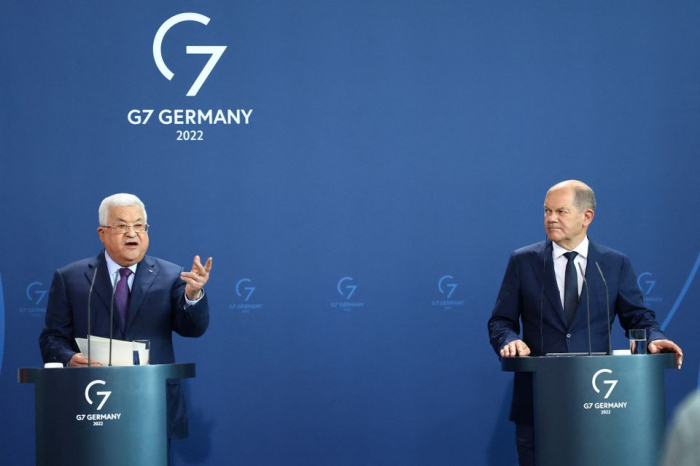 German Chancellor Olaf Scholz voiced disgust on Wednesday at remarks by Palestinian President Mahmoud Abbas that the German leader said diminished the importance of the Holocaust, while Israel accused Abbas of telling a “monstrous lie”.

“For us Germans in particular, any relativisation of the singularity of the Holocaust is intolerable and unacceptable,” Scholz tweeted on Wednesday. “I am disgusted by the outrageous remarks made by Palestinian President Mahmoud Abbas.”

During a visit to Berlin on Tuesday, Abbas accused Israel of committing “50 Holocausts” in response to a question about the upcoming 50th anniversary of the attack on the Israeli team at the Munich Olympics by Palestinian militants.

“Mahmoud Abbas accusing Israel of having committed ’50 Holocausts’ while standing on German soil is not only a moral disgrace, but a monstrous lie,” Lapid said on Twitter.