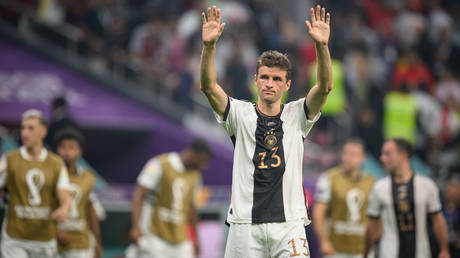 German stalwart Thomas Muller has described his team’s exit from the FIFA World Cup in Qatar as an “absolute catastrophe,” after the four-time winners endured a second successive departure at the group stage of the tournament.

Germany beat Costa Rica in a thrilling game at Al Bayt Stadium on Thursday night, but it wasn’t enough for Hansi Flick’s men to progress to the knockout stages as they finished third in the Group E standings, behind Spain on goal difference.

Japan topped the group after their stunning comeback win against the Spaniards at Khalifa International Stadium, meaning they have overcome two European giants in Qatar following their shock opening game win over Germany.

Germany suffered the ignominy of another early exit after enduring the same fate at the Russia 2018 World Cup. Since lifting the title in Brazil in 2014, Germany have won just two of their subsequent six World Cup games. They have also failed to keep a clean sheet in their last 12 matches at major tournaments. 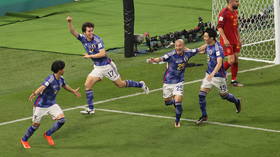 Muller, a long-time feature of the German team and integral to their success in 2014, could not hide is frustration at the performance in Qatar.

“It’s an absolute catastrophe. It is unbelievably bitter for us because our result would have been enough [if Japan hadn’t beaten Spain]. It’s a feeling of powerlessness,” said Muller, as quoted by ESPN.

The 33-year-old, who has won 121 caps for Die Mannschaft and scored 44 times, hinted that the game against Costa Rica could be his last for his country.

“If that was my last game for Germany, it has been a tremendous pleasure, thank you very much,” said the versatile Bayern Munich forward.

Germany’s exit came in controversial circumstances as Japan’s winning goal against Spain was allowed despite intense debate over whether the ball had gone out of play in the build-up.

Aerial angles appeared to show that it had been kept in by Kaoru Mitoma by mere millimeters.

Despite Spain’s unexpected defeat condemning his team to an early exit, Germany manager Flick did not look for excuses – not least after the Germans suffered their own defeat to Japan in their opening game in Qatar before drawing with Spain.

“I don’t care about different teams, it’s all up to us,” Flick said.

“If you look at the games and number of goals that were our fault, I am convinced that we gave away our chances against Spain and Japan…

“I am not looking for excuses. We fulfilled our duty today, we got the win, but the scoreline could have been better.” (RT)