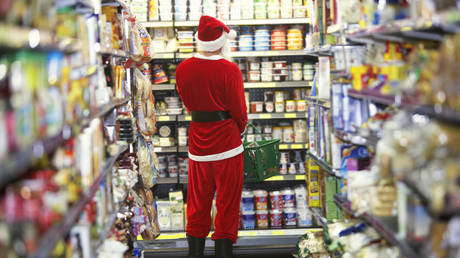 Shop owners in Germany are worried about the upcoming Christmas season, expecting a slump in sales in price-adjusted terms, as double-digit inflation driven by energy prices forced people to shop less in the third quarter, the German Retail Association (HDE) says.

According to the latest report, sales will face a 4% drop in price-adjusted terms, despite an expected increase by 5.4% year-on-year in nominal terms projected for the last two months of 2022.

The association surveyed 500 companies, and 70% of the respondents said they expect worse business conditions in the upcoming Christmas season than last year.

“There is a great deal of uncertainty among both companies and customers in view of the difficult situation with enormous energy price increases. High inflation and poor consumer sentiment do not really bode well for the Christmas season,” HDE Managing Director Stefan Genth said.

In October, the German Federal Statistical Office reported that the harmonized inflation rate in Europe’s largest economy climbed to 11.6%, raising fears that the country will slide into a recession this winter.