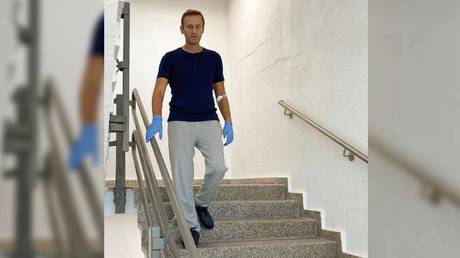 MPs from Germany’s left-wing Die Linke party have accused the country’s government of acting suspiciously after it refused to answer most of their questions about legal assistance requested by Russia over the Navalny case.

In recent months, on multiple occasions, the Kremlin has demanded information from Germany about the alleged poisoning of Alexey Navalny. The opposition figure arrived in Berlin in a coma on August 22 and spent the next five months convalescing in the city. According to Moscow, its requests for details have been rejected, preventing a thorough investigation into the events surrounding the alleged attack.

A letter, written by parliamentarians Amira Mohamed Ali and Dr. Dietmar Bartsch on behalf of the party’s entire Bundestag representation, asked the federal authorities for information on what exactly Russia had asked for and how Berlin had responded. The questions came after Moscow accused the Germans of failing to fulfill their obligations under the 1959 European Convention on Mutual Assistance in Criminal Matters.

The government revealed that Russia had requested legal assistance on four separate occasions, but “essentially did not reply,” according to MPs Gregor Gysi and Alexander Neu. Ten out of a total of 16 questions were answered with “no comment.”

The answer received by the left-wing politicians cited the need to protect “state secrets” and “cooperation with foreign partners,” noting that these aspects are more important than keeping elected officials in the loop. (RT)