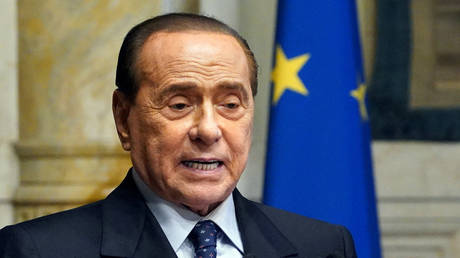 The European People’s Party is under pressure to kick out Forza Italia if it backs a right-wing government in Italy, Politico reports Silvio Berlusconi © Livio Anticoli / Pool / Insidefoto / Mondadori Portfolio via Getty Images

Several German MEPs have called on the European Parliament’s main conservative group to kick out Silvio Berlusconi and his party if he chooses to support Giorgia Meloni and her “extreme right-wing” coalition in Italy.

In a letter published by Politico on Wednesday, three German MEPs demanded that Manfred Weber, the leader of the European People’s Party (EPP), which holds the most seats in the European Parliament, eject Forza Italia from the coalition unless its leader and former Italian PM Berlusconi abandons Meloni.

Last month, Meloni and her Brothers of Italy (FI) party led a right-wing bloc – which included Berlusconi’s Forza Italia and Matteo Salvini’s League parties – to a landslide victory in snap parliamentary elections, securing a majority in both houses of the nation’s parliament.

Meloni is now set to form Italy’s most right-wing government since World War II and will likely become the country’s first ever female prime minister.

However, some in Brussels have grown concerned by the prospect of a right-wing group coming to power in Italy. “It is not too late to prevent a far-right government of Giorgia Meloni in Italy,” wrote the German MEPs, branding the FI party extremists and insisting that their populist positions are “incompatible with core European values.” 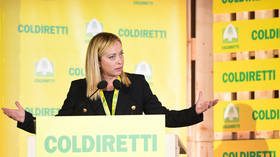 The authors of the letter, Daniel Freund of the Greens, Katarina Barley of the Socialists & Democrats and Moritz Korner from the liberal Renew Europe, argue that members of the EPP must not be allowed to bring a “far-right government to power,” and that fundamental EU values should not be sacrificed in order to gain power.

“The firewall against right-wing enemies of democracy” cannot be allowed to crumble, the MEPs proclaimed.

“We therefore ask you, as president of the European People’s Party, to communicate to your members in Italy that there must be no EPP participation in a far-right government in Italy,” the three parliamentarians urged Weber, stressing that if Forza Italia decides to co-elect Meloni as PM, the party should have “no future” in the EPP.

EPP Secretary General Thanasis Bakolas responded to the letter, calling it “a direct and absolute insult to the democratic will of the Italian people” who he said would be the judges of Meloni’s coalition.

He vowed that the EPP was “absolutely committed” to Forza Italia and “all it is doing to ensure that Italy’s next government serves the best interests of its people.” (RT)