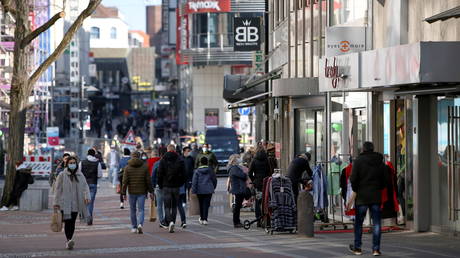 German lawmakers have passed a law which will ease Covid-19 restrictions for people who have been fully vaccinated against the coronavirus or who have recently recovered from the disease, in a majority vote.

The law was supported by members of the government coalition – Chancellor Angela Merkel’s conservative ‘Union’ bloc and the Social Democrats – as well as the Greens and the Left Party.

The right-wing Alternative for Germany (AfD) party was the only one that voted against the government’s proposal, saying it did not go far enough, while the liberal Free Democrats abstained. AfD MP Ulrich Oehme explained his faction’s decision by accusing the government of managing the situation through “backdoors” and pitting Germany’s population against each other.

Also on rt.com German cabinet eases Covid-19 lockdown measures for those who’ve had their vaccine

The easing will now need approval from the Bundesrat, another house of parliament representing the 16 federal states. If it greenlights the legislation on Friday, as expected, it could come into force at some point during the weekend.

If passed, it will allow fully vaccinated people and those who have just recovered from the disease to meet other people without restriction. They will also be allowed out of their homes during the night-time curfew between 10pm and 5am.

Vaccinated people will also be able to go shopping or have their hair cut without presenting a negative Covid-19 test – but will be asked to show a vaccination certificate instead.

Those fully vaccinated also no longer fall under the rule limiting the number of people attending any private or public gatherings. That means that members of one household can meet with one unvaccinated person outside of it and an unlimited number of vaccinated people.

However, regardless of vaccination, they will still need to follow social distancing rules and mask-wearing in public spaces – and will need to carry a special yellow ID proving their status.

Germans who have recovered from the disease but are not vaccinated, should present a positive PCR test that is at least 28-days-old but no older than six months to be exempted from the lockdown rules. (RT)

Got their bottle back? Euro 2020 teams threatened with fines unless stars stop moving sponsors’ drinks

As Moscow broke its record for daily confirmed Covid-19 cases on Friday, the city’s mayor…