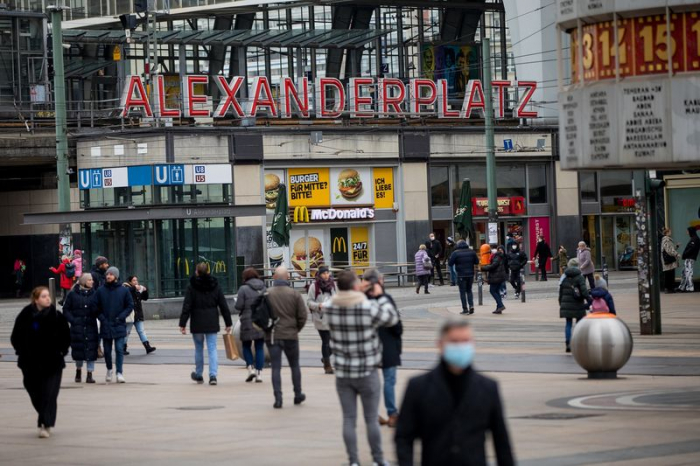 German inflation reached double digits for the first time since the euro was introduced more than 20 years ago, surging more than anticipated after temporary government-relief measures ended and Europe’s energy crisis worsened.

Consumer prices jumped 10.9% from a year ago in September, topping August’s 8.8% advance, the Federal Statistics Office said Thursday. That’s more than the 10.2% economists in a Bloomberg survey had estimated.

A spike in inflation was expected as Germany wound down summer discounts on public transport and fuel. But the scale of the acceleration will trouble the European Central Bank, which is struggling to tame soaring prices whose persistent ascent is set to break another record when data are released on Friday.

The German government on Thursday announced it would put a lid on gas prices, a move that could tame inflation readings going forward. Chancellor Olaf Scholz’s administration will borrow at least €150 billion ($146 billion) for the initiative, according to people familiar with the matter.

Germany’s inflation number raises the risk of an overshoot to the 9.7% median estimate for the euro zone in a Bloomberg survey of economists — despite Spain surprising earlier Thursday by reporting a steeper-than-expected September slowdown.

Either way, ECB officials are already lining up another hefty boost to interest rates following a historic 75 basis-point hike this month that mirrored action by the Federal Reserve.

President Christine Lagarde has said there’ll be increases at the next several meetings, with Vice President Luis de Guindos saying Thursday that policy makers must do “whatever it takes” to tame inflation.

The three Governing Council members from the Baltic region, where price growth has shot beyond 20%, all favor a repeat of September’s three-quarter-point move on Oct. 27. Their ECB colleagues from Austria, Slovakia and Slovenia think similarly. Money markets currently price a 60% chance of the deposit rate being lifted to 1.5% from 0.75% now.

“The next step still has to be big because we are still far away from rates that are consistent with 2% inflation,” Latvia’s Martins Kazaks said Wednesday in an interview in Vilnius. “Let’s take a bigger step and move the rates up.”

The ECB’s efforts are complicated by a rapidly deteriorating outlook for the 19-nation euro area as Russia further squeezes energy supplies before the winter to push back against Western sanctions over its war in Ukraine.

A downturn in Germany, meanwhile, is all but certain. Leading research institutes in Europe’s largest economy slashed their forecasts earlier in the day, predicting a 0.4% decline in output next year. That’s even as they see inflation gathering pace — averaging 8.8% in 2023 compared with 8.4% this year.

Before today’s gas-price-cap announcement, the government had sought to offset the impact on consumers and businesses with aid packages totaling almost €100 billion.