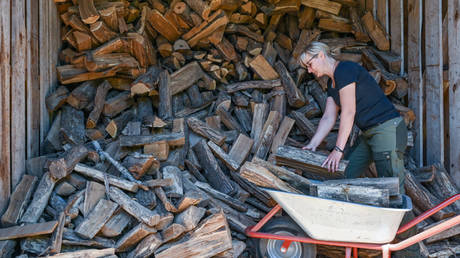 The costs are almost double what they were during the same time last year, Destatis reports © Getty Images / picture alliance / Contributor

Prices for firewood and wood pellets in Germany spiraled 85.7% in August compared to the same month last year, the Federal Statistical Office (Destatis) reported on Thursday.

The figures show that firewood costs were growing much faster than consumer prices in general, which were up by 7.9% during the same period.

“Reasons for the above-average price rise for firewood and wood pellets are an increase in demand, as well as higher purchase prices and transport costs in the wood industry,” the statistics office explained.

It also noted that more people in Germany were turning to firewood as an alternative way to heat their homes amid surging energy prices.

Germany, the European Union’s largest economy, has been grappling with an energy crisis amid the halt in Russian natural gas supplies. Last month, Berlin revealed a series of steps aimed at reducing gas consumption during the upcoming heating season. The measures include lowering the heating temperature in offices and public buildings, with the exception of social institutions such as hospitals, from 20 to 19 degrees Celsius. Businesses, including major retailers, have already started reducing their use of power.

The spike in energy costs has been hurting households and businesses across the EU. Other European countries have also started introducing drastic measures to limit energy use, such as banning outside lighting for buildings and lowering indoor heating temperatures.