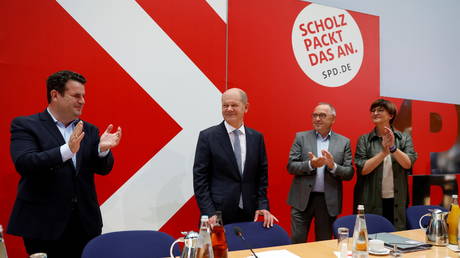 The result of Germany’s parliamentary election is unlikely to lead to any improvement in relations between Berlin and Moscow, because the government will likely be formed with a foreign minister from a hostile coalition partner.

That’s according to Senator Konstantin Kosachev, the chair of the Foreign Affairs Committee of the Federation Council, the upper chamber of Russia’s parliament.

Kosachev wrote his views on Facebook on Monday morning, following the release of the preliminary results from Germany. The European Union’s biggest country went to the polls on Sunday, marking the end of Angela Merkel’s 16-year reign as chancellor.

The winner of the election, with 25.7% of the vote, is the center-left Social Democratic Party (SPD), led by Olaf Scholz. However, because neither faction won a majority, the SPD must make an agreement with other groups in parliament. (RT)