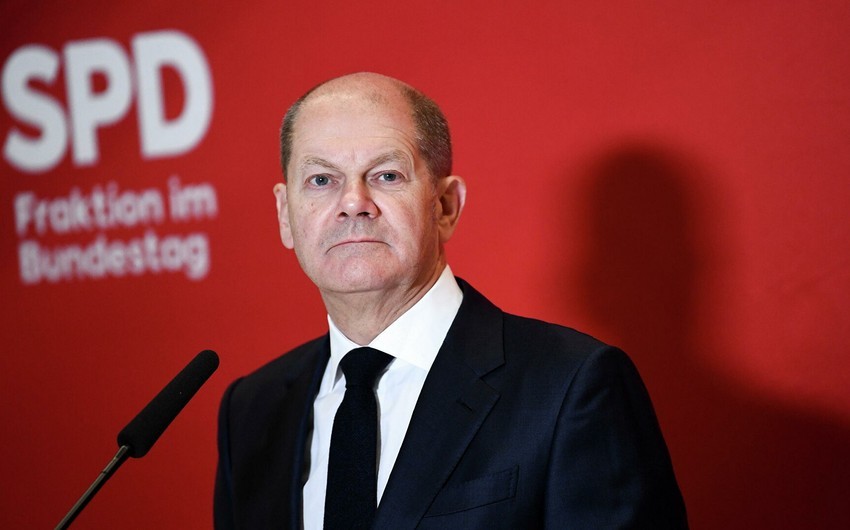 German Chancellor Olaf Scholz on Thursday said that Russia’s attack on Ukraine was the biggest challenge facing Germany and the world at the present time, Report informs, citing DW.

Scholz said that Germany had broken with the tradition of not supplying weapons to conflict zones by delivering arms to Ukraine to help it fight the Russian forces.

“We will continue doing this in the coming period,” Scholz said.

He said that “the Russian president bears responsibility for this war,” but declined to respond to a question about whether Russian President Vladimir Putin should have to personally answer for his actions.

Scholz said that as the war was “Putin’s war,” he was not at all keen on banning all Russians from receiving tourist visas for the EU, as has been demanded by countries such as Estonia and Ukraine itself.