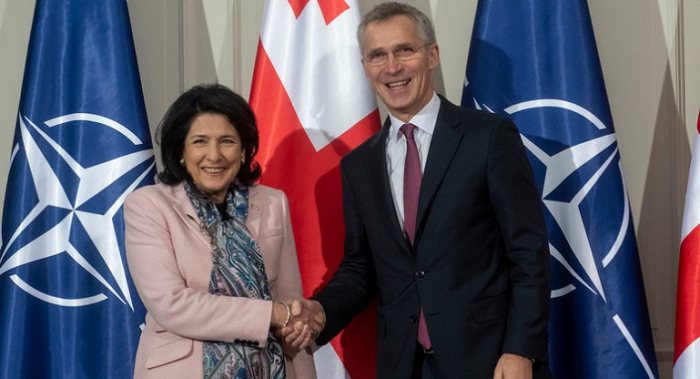 Stoltenberg and Zurabishvili previously met in Brussels in January 2019.

Following the meeting in December 2020, Georgia received the updated NATO-Georgia Substantial Package and NATO experts have called for strengthening partnership with ‘valued partners – Georgia and Ukraine’.

Three programs have been added to the initial 14 programs of the SNGP which meant increased defense capabilities and bringing Georgia closer to NATO membership.

Georgia is the largest non-NATO contributor to the Resolute Support mission with 871 soldiers.

The Resolute Support mission in Afghanistan was launched in 2015 and involves more than 16,000 personnel from nearly 40 NATO member and partner countries.

The mission aims to train, advise, and assist Afghan defense and security forces and support them through funding.