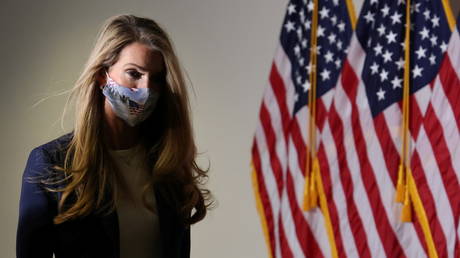 Republican Kelly Loeffler has tested positive, inconclusive, and negative for coronavirus, all in two days. Nevertheless, she is isolating ahead of a January vote that is absolutely vital to the GOP’s control of the Senate.

Loeffler tested positive for the Covid-19 on Friday, but follow-up tests on Saturday were inconclusive, her campaign said. On Sunday evening, the Georgia Republican tested negative, spokesman Stephen Lawson said in a statement.

Lawson added that “out of an abundance of caution, she will continue to self-isolate and be retested again to hopefully receive consecutive negative test results.”

Loeffler is not the only public figure to receive contradictory test results in recent weeks. Tesla and SpaceX CEO Elon Musk declared that “something extremely bogus” was going on when he took four tests in one day earlier this month, with two coming back positive and two negative. Musk’s apparent skepticism over the test results caused a minor stir among Covid busybodies on Twitter, with liberals scolding him for not realizing that some tests “trade accuracy for speed.”

Loeffler’s on-off diagnosis comes at a critical time for the Republican senator. She is currently campaigning against progressive challenger Raphael Warnock to keep her Senate seat in a runoff election in January. (RT)