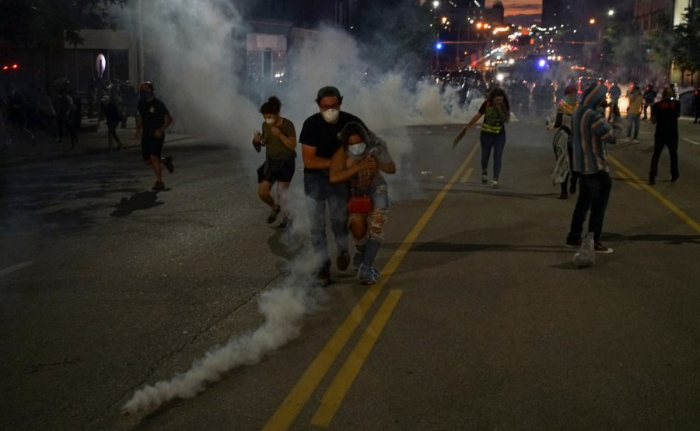 In November 2015, the shooting death of Jamar Clark by Minneapolis police touched off a debate on race and economic inequality that challenged the city’s progressive image and led local corporate leaders to back efforts at better sharing the spoils of a booming Midwestern state.

Five years later, the killing of George Floyd has reopened those wounds and highlighted a growing concern nationally: The last few years of economic growth saw gains for lower-income families, but any hope for a durable narrowing of economic gaps may have been short-circuited by the coronavirus pandemic and the subsequent economic crash falling heavily on minorities.

Floyd’s death in police custody in Minneapolis last week may have been a catalyst for an anger that has spawned protests nationwide, but it was in effect the third major shock to hit in as many months, said Tawanna Black, chief executive of Minnesota’s Center for Economic Inclusion (CEI), a group that grew out of those corporate promises of five years ago.

Read more:   Will dad splash the cash for the wedding?! Bill Gates' daughter gets engaged to Egyptian showjumping star

Before the recent surge in joblessness, “we saw the employment gap closing rapidly,” Black said. But “you were connecting people to low-wage jobs, and now you have displaced them. … What I am hopeful of is that we not just solve for criminal justice, but what’s required to get economic and social justice.”

It is complex, to be sure. Tension over police treatment of blacks has simmered through good economic times and bad. But for the economy, the course of the pandemic and the financial fallout highlights how little has changed over a decade of growth that seemed to hold out at least the possibility of progress on narrowing racial economic divides.

Read more:   Philippines announces State of Emergency due to COVID-19

A 2009-2020 bull market for stocks and rising home values have done little to improve overall wealth among African Americans, who comprise around 13% of the U.S. population but account for 4.2% of household net worth, according to Federal Reserve data. The figure in 1989 was 3.8%.

For Hispanics, it is even worse, with more than 18% of the U.S. population holding just 3.1% of household wealth.