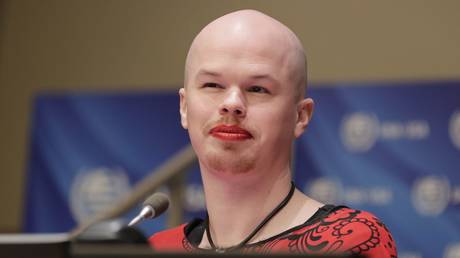 US energy department official Sam Brinton has been charged with stealing luggage from Harry Reid International Airport in Las Vegas, US media reported on Thursday.

The accusation comes after the LGBTQ activist, and first “openly genderfluid” kink-lifestyle practitioner in the Biden administration, was blamed last month for stealing a woman’s suitcase from Minneapolis-Saint Paul International Airport.

The 34-year-old official has been issued a felony warrant on grand larceny charges with a value between $1,200 and $5,000, 8 News Now reported on Thursday. Brinton is currently deputy assistant secretary for spent fuel and waste disposition at the US Department of Energy’s office of Nuclear Energy.

No other details on the case have yet been provided and it is unclear when exactly the alleged theft at the Las Vegas airport took place.

Read more:   Gurban Yetirmishli: "There is no possibility of earthquake more than 6 magnitude in Shamakhi-Ismayilli region

Several weeks ago, Brinton, who identifies as “they/them,” admitted to snatching a woman’s bag from a carousel at the Minneapolis airport on September 16. That was after Alpha News reported on court documents that claimed the official had been caught on video surveillance snatching a Vera Bradley suitcase worth more than $2,300. 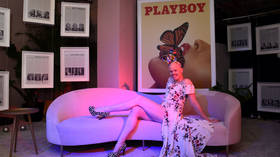 Brinton initially denied the allegations, telling police in an interview that “If I had taken the wrong bag, I am happy to return it, but I don’t have any clothes from another individual. That was my clothes when I opened the bag.” According to reports, however, Brinton never checked a bag on the flight.

The official later admitted to not having been “completely honest” but is reportedly still yet to return the stolen bag to the victim, despite being instructed by police to do so. The Department of Energy has reportedly responded to the incident by placing Brinton on leave.

Read more:   Donald Trump: 'I don't have a racist bone in my body'

Brinton made headlines earlier this year after posting on Twitter about becoming “one of if not the very first openly genderfluid individuals in federal government leadership,” as a career employee of the Senior Executive Service.

Aside from holding a background in nuclear and mechanical engineering, Brinton is also a non-binary, cross-dressing activist who lectures on “kink” and has spoken about relationships with gay men pretending to be dogs. (RT)