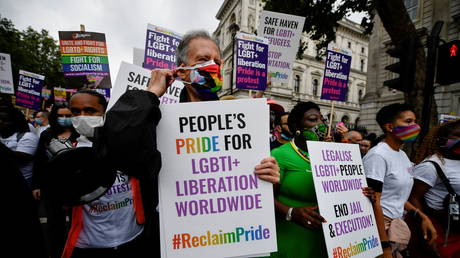 The march went from Parliament Square to Downing Street and to the Uganda High Commission, where the participants protested against British Prime Minister Boris Johnson for not enacting enough pro-LGBT policies, and the Ugandan government – which has been criticized by Amnesty International for persecuting LGBT people through anti-homosexuality laws. (RT)