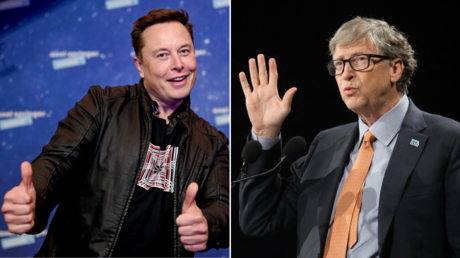 While Elon Musk has been driving a buying frenzy in the cryptomarket, anyone who has less money than the richest person on the planet should avoid investing in bitcoin, multi-billionaire Bill Gates says.

The Microsoft co-founder, who boasts the third-largest fortune in the world and calls himself a “bitcoin skeptic,” took on the world’s most popular cryptocurrency several times this week. In one of his recent chats on the popular Clubhouse app, he pointed out that the production of bitcoin is harmful to the environment. “Bitcoin uses more electricity per transaction than any other method known to mankind,” Gates said.

The statement came around two weeks after researchers at the University of Cambridge found that bitcoin mining consumes more electricity than some countries do – for example, Argentina. (RT)