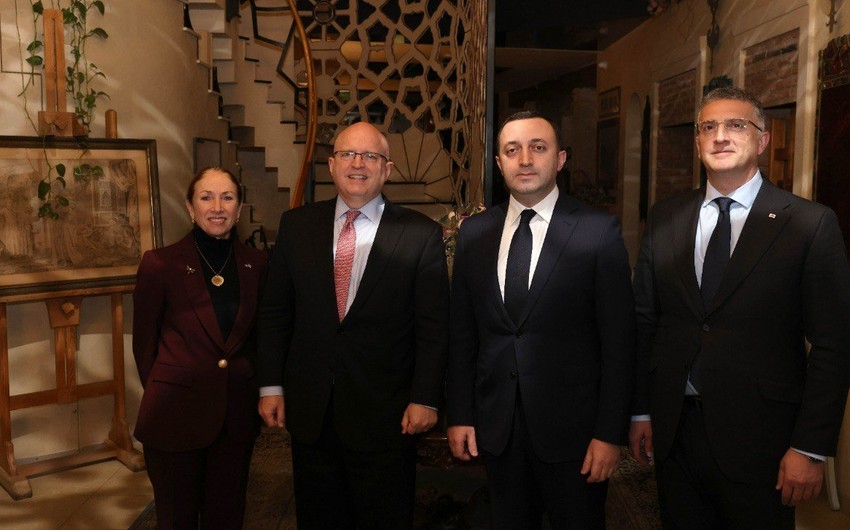 The mediating role of official Tbilisi in the Armenian-Azerbaijani dialogue was discussed at a meeting between Georgian Prime Minister Irakli Garibashvili and US State Department Senior Adviser on Caucasus Negotiations Philip Reeker, Report informs, citing the press service of the Prime Minister of Georgia.

The sides touched upon the issues of security in the region, in the South Caucasus, including the mediating role of Georgia in the Armenian-Azerbaijani negotiations. Irakli Garibashvili noted that negotiations are the only necessary way to resolve any conflict and ensure progress.

Irakli Garibashvili and Philip Reeker discussed the importance of Georgia’s strategic partnership with the United States. The positive dynamics of the strategic alliance were hailed. The officials expressed full commitment to further deepen and strengthen existing cooperation.