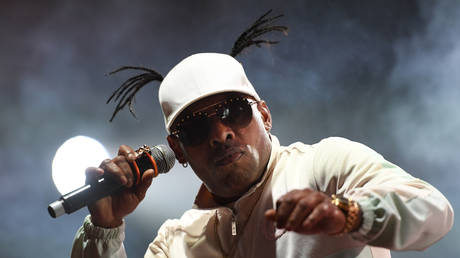 Rapper and actor Coolio – best known for his 1995 chart-topper ‘Gangsta’s Paradise’ – has died at the age of 59, according to his manager. Born Artis Leon Ivey Jr., the artist was pronounced dead on Wednesday after paramedics were called to a Los Angelis, California residence for an unspecified medical emergency, law enforcement sources told TMZ.

An official cause has not been determined, though a coroner is reportedly set to make a final conclusion following an autopsy.

Coolio’s manager, Jarez Posey, confirmed the death to multiple media outlets, including Rolling Stone, claiming that first responders suspect he suffered cardiac arrest. He added the rapper was visiting a friend in LA, but was found collapsed on the floor after failing to emerge from the bathroom for some time. 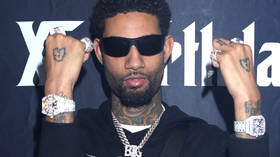 Embarking on a music career in the 1980s after coming up in Compton, California, Coolio became a household name with his 1995 hit ‘Gangsta’s Paradise,’ which was recorded for the soundtrack of the film ‘Dangerous Minds’ and remained at the #1 chart position for three weeks straight. The song went on to become one of the most successful hip hop tracks of all time, winning a Grammy Award in 1996 and getting nominated for five others. Several other songs, such as ‘Fantastic Voyage’ and ‘1,2,3,4 (Sumpin’ New),’ also earned accolades at the American Music Awards and MTV Video Music Awards. His most recent studio album, ‘From the Bottom 2 the Top,’ was released in 2009.

Coolio also racked up a long list of television and film credits over his career – in many cases making cameo appearances as himself – and featured on several reality shows in the 2000s and 2010s. He briefly starred in his own show, ‘Coolio’s Rules,’ in 2008, highlighting the rapper’s family life and efforts to raise his six children as a single dad. (RT)