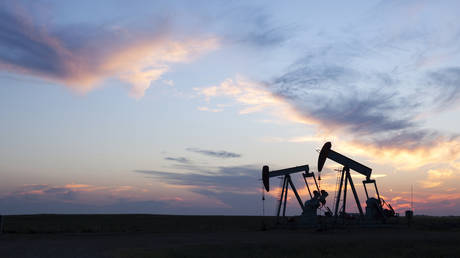 Rather than adopting a floating rate, they will reportedly opt for a hard-set cap, which can be revised when necessary © Getty Images / mysticenergy

The Group of Seven (G7) countries and Australia have agreed to set a fixed price for Russian oil instead of a floating rate pegged to an oil price index, Reuters reported on Friday, citing sources.

“The Coalition has agreed the price cap will be a fixed price that will be reviewed regularly rather than a discount to an index… This will increase market stability and simplify compliance to minimize the burden on market participants,” a source told Reuters.

The source added that linking the price to an oil price index, for example, the Brent international benchmark, which was one of the options discussed, could lead to increased volatility and diminish the desired effect of the cap. For instance, if Brent started to rise due to lower supply on the market, the cap would rise accordingly, which would benefit Russia.

According to the report, the actual price has not been decided on yet, but will be in the coming weeks. The price will be regularly reviewed, and may be revised in the future if the coalition partners see the need to do that.

The G7 countries have been discussing a price cap on Russian oil for months now, planning for the measure to reduce Russia’s profits from oil exports without damaging supply. The cap is to come into effect on December 5 for oil and on February 5 next year for petroleum products. 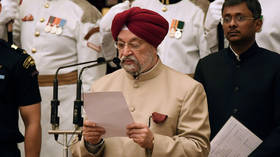 Russia, however, has repeatedly said it will not sell oil to countries that introduce price caps.

“The recipe for ‘face-saving’ developed in the Department of Treasury – the so-called ‘price cap’ for Russian oil – leads a global economy to even darker corners of this kind of Knossos labyrinth. At the same time, the promised Ariadne’s thread – our willingness to sell ‘black gold’ at a loss – was nothing more than a myth from the very beginning. We will not ensure the well-being of others at our own expense. We will not sell resources to those who artificially hold back prices,” the diplomat wrote in an article for the National Interest magazine.