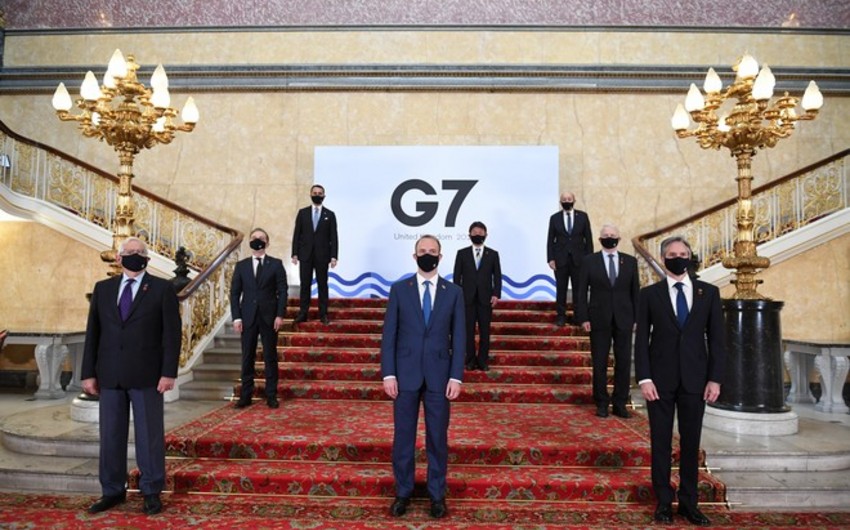 The Foreign Ministers of G7 have gathered together in London for their first offline plenary session in two years, Report informs, citing TASS.

The meeting held at the Lancaster house in the center of the city involves foreign ministers of Britain, Germany, Italy, Canada, the United States, France, Japan, and the EU’s High Representative for Foreign Affairs Josep Borrell.

The meeting will focus on ties with China and proceed with considering the situation in Myanmar, Libya, Syria, after which a break for a working dinner will be made. In the second half of the day, the G7 ministers will hold a sitting on Russia, Ukraine, Belarus, and Afghanistan.