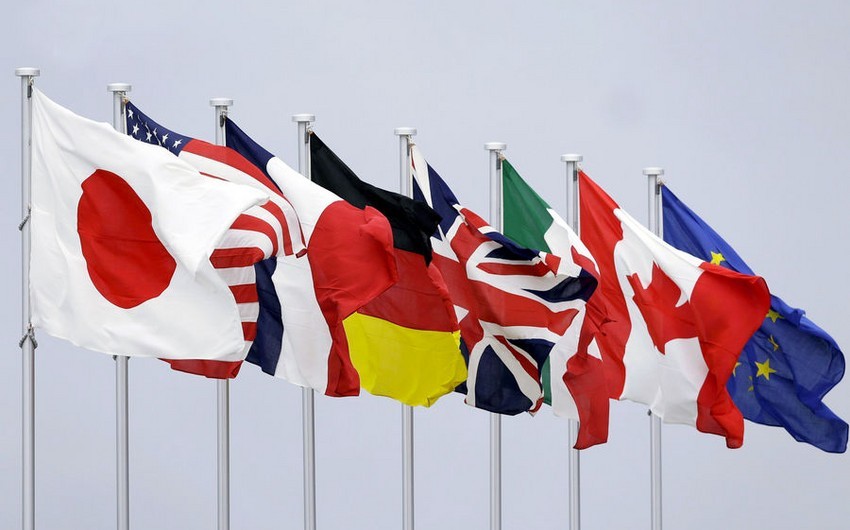 US Treasury Secretary Janet Yellen said officials have discussed secondary sanctions and other ways to limit Russia’s oil revenues while minimizing the impact on energy prices during a meeting of finance ministers from the Group of Seven countries, Report informs referring to Bloomberg.

The US has already banned oil imports from Russia, and European Union countries are aiming to do the same thing, gradually over the next year. In the meantime, G-7 officials also discussed the potential of using secondary sanctions to enforce a price cap on Russian oil, Yellen told reporters in Bonn, Germany.

Forming what amounts to a buyers’ cartel to enforce a set price for Russian oil could help minimize Moscow’s revenues.

President Joe Biden will make a cap on oil prices a focus of his upcoming trip to Asia as the US and its allies work to constrain one of Russia’s main revenue streams amid its invasion of Ukraine.

European Union leaders will also back a price cap when they gather in Brussels at the end of May to discuss Ukraine, according to a person familiar with the matter.

“The Europeans are trying to figure out what they are going to do and this is mainly up to the Europeans,” Yellen said. “Their key objective is to wean themselves off dependence on Russian oil over the next year, and in the interim I think they’re open to looking at ways to reduce Russian revenues. And the objective is keep some Russian oil flowing to the market to hold down global prices so we don’t have undue negative impacts on third countries.”

The “Anatolian Eagle – 2022” International Flight-Tactical Exercises, which took place in the Turkish city…

Austrian companies plan on developing many projects in different fields in Azerbaijan in 2022, according…

Azerbaijan has determined arrangements for using Shusha’s name. In this regard, President of Azerbaijan Ilham…

15:00 Bar Association: “We can provide legal assistance to any Azerbaijani citizens of Armenian origin living in Karabakh and accepting Azerbaijani laws”

13:40 Iranian official: Economic relations between NAM countries should be developed

13:00 Tests for detection of monkeypox virus transferred to Azerbaijan