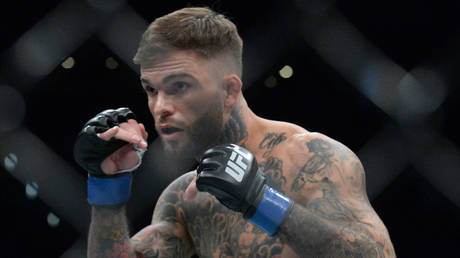 Former UFC bantamweight champion Cody Garbrandt has posted angry videos to social media claiming he and his two-year-old son were kicked off a Southwest Airlines flight because of a facemask issue involving the youngster.

Garbrandt shared two clips on Instagram on Thursday showing the incident, in the first of which the fighter accuses a flight attendant of hiding in the airplane bathroom as a row over the facemask unfolds.

“Are you going to hide in there?” Garbrandt is heard saying, before repeating “two years old, two years old” as he is asked to turn his phone off.

“F*ck @southwestair got kicked off because my 2 year old son wouldn’t put his mask over his face. This coward flight attendant hid his b*tch ** in the bathroom,” the furious fighter wrote alongside the clip.

In a second short clip, which appeared to show Garbrandt being ushered off the plane, he filmed the cockpit where the two captains were seen without masks.

“Kicking a two-year-old off a plane ride but your captains aren’t wearing their masks, while we all are full capacity sharing the same air! What a joke,” the fighter wrote, tagging the airline.

Commenting through a spokesperson to US outlet MMA Junkie, the airline outlined its rules on travel during the pandemic, stating: “We regret this family experienced any inconvenience during their travel.

“However, federal law requires Southwest to ensure every person age 2 and over to wear a mask at all times throughout a flight, including during boarding and deplaning.

“In this situation, the customers opted not to fly on Southwest, and they were offered a full refund of their tickets.”

On his Instagram stories, Garbrandt later shared picture of his son asleep in the back of a car, with the caption: “Poor kid just wanted to go see his family.” 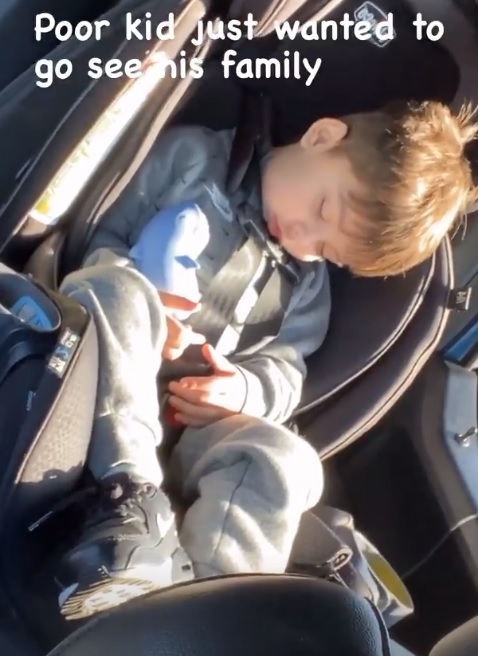 ‘No Love’ Garbrandt contracted Covid-19 in October of last year, and later detailed the lingering effects he had suffered from the virus.

The 29-year-old had targeted a showdown with reigning flyweight champion Deiveson Figueiredo for later this year, although that prospect remains up in the air.

The contest had originally been scheduled for UFC 255 on November 21 in Las Vegas before Garbrandt was forced to pull out.