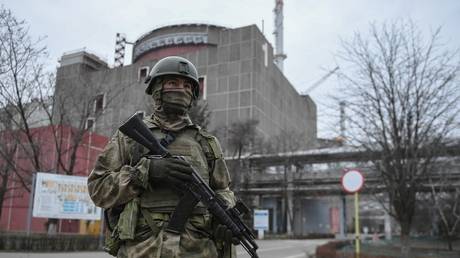 FILE PHOTO: An armed Russian serviceman is seen on the territory of the Zaporozhye nuclear power plant. ©  Sputnik / Konstantin Mihalchevskiy

A “zone of protection,” however, could be established around the site, Sergey Ryabkov says FILE PHOTO: An armed Russian serviceman is seen on the territory of the Zaporozhye nuclear power plant. © Sputnik / Konstantin Mihalchevskiy

Russia has ruled out complete demilitarization of the area around the Zaporozhye Nuclear Power Plant (NPP), but would support some kind of arrangement to ensure its safety, a senior Russian diplomat has said.

“An agreement about demilitarization is impossible in principle. We cannot keep the station safe without guarding it,” Deputy Foreign Minister Sergey Ryabkov told the newspaper Izvestia on the sidelines of an international seminar on the prevention of nuclear war in Moscow.

“Zone of protection is a different idea, and its parameters are being discussed,” he noted, referring to Russian contacts with the International Atomic Energy Agency (IAEA), in remarks published on Monday.

Moscow is engaged with IAEA Director General Rafael Grossi and has observers from the UN nuclear watchdog stationed at the facility, Ryabkov said, adding that Russia has “nothing to hide.”

The Zaporozhye NPP has been under Russian control since the early stages of the military operation in Ukraine. Kiev and Moscow accused each other of shelling the station on multiple occasions. Ukraine also claimed that Russia deployed heavy weapons at the site and used them to attack Ukrainian troops. 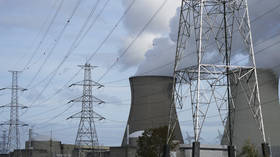 Russia took over formal responsibility for the station earlier this month, after Zaporozhye Region voted in a referendum to split with Kiev and become part of Russia.

The IAEA, however, still refers to the largest nuclear power plant in Europe as Ukrainian. The agency stressed “the need to establish a nuclear safety and security protection zone around the facility, following frequent shelling at or near the plant in recent months,” in its latest briefing on the situation.

Both Russia and Ukraine expressed discontent with the IAEA’s refusal to say who is responsible for the shelling of the plant.

Speaking to Argentinian media last week, Grossi said his goal was to identify “the lowest common denominator” between the two nations and to ensure the physical safety of the nuclear site. He chose to ignore the mutual accusations, as taking “a militant or critical position” would have been detrimental to that goal, he explained in an interview with La Nacion newspaper. (RT)