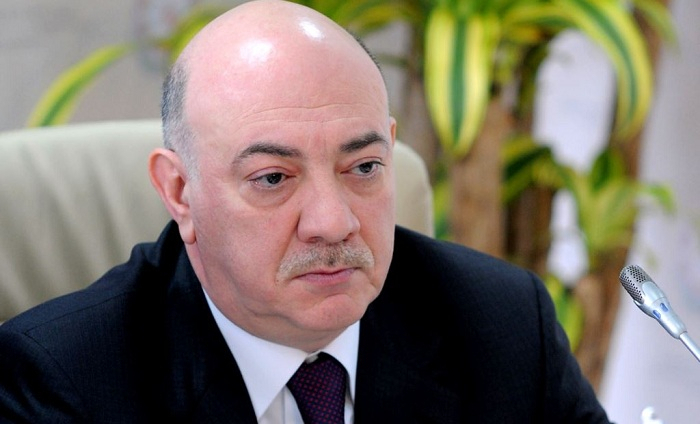 In an interview with AZERTAC, Assistant to the President of the Republic of Azerbaijan, Head of the Department for Work with Law Enforcement Bodies of the Presidential Administration Fuad Alasgarov has commented on the appeal of the Azerbaijani government to the European Court over war crimes on the part of Armenia.

– As is known, the Armenian side has sent a complaint to the European Court of Human Rights, and the Azerbaijani government, in turn, has given an answer. Could you please provide an update on this?

– Yes, as you have already noted, shortly after committing a new act of aggression against Azerbaijan, Armenia demonstrated political hypocrisy and appealed to the European Court of Human Rights. On 29 September 2020, the European Court of Human Rights, in response to an appeal by the Government of Armenia in accordance with Clause 39 of the Judicial Rules, invited both Armenia and Azerbaijan to refrain from measures that could lead to a violation of the Convention on the Rights of Civilians and provide information on measures taken to comply with their obligations.

In connection with this proposal of the European Court, the Government of Azerbaijan submitted relevant information to the Court on 13 October 2020.

It emphasizes that during the counter-offensive operation launched by the Armed Forces of the Republic of Azerbaijan in response to the act of aggression committed by Armenia against Azerbaijan on 27 September 2020, the Republic of Azerbaijan, in accordance with the European Convention on Human Rights and International Humanitarian Law, fully and strictly complies with its obligations and does not target the civilian population or civilian sites in any form.

At the same time, the European Court was informed that Armenia did not fulfill its obligations under the Convention, has, since the outbreak of the armed conflict to the present day, committed war crimes against Azerbaijan, as a result of which dozens of civilians have been killed, hundreds have been injured, thousands of residential buildings, private houses and other civilian sites have fallen into disrepair.

The information submitted to the European Court also included reports of the Ombudsman for Human Rights of the Republic of Azerbaijan on gross violations by Armenia of the norms and principles of international humanitarian law, the Geneva Conventions, in particular, the Convention for the Protection of Civilian Population in Time of War dated 12 August 1949, the UN Convention on the Rights of the Child and provisions of other human rights instruments.

Read more:   Lukashenko to Pashinyan: Are you afraid to criticize Putin? - VIDEO

– What about the Government of Azerbaijan? Did it appeal to the European Court over Armenia?

– On 27 October 2020, the Government of Azerbaijan applied to the European Court with a demand to apply injunctive measures against the Republic of Armenia. This appeal, in contrast to the Armenian complaint, is of a serious nature and is based on substantiated evidence regarding Armenia’s violations of its obligations under the Convention.

By sending its armed forces, military equipment to the territory of Azerbaijan, attracting citizens of foreign countries to participation in military operations in the territories of Azerbaijan, providing financial, political and other assistance to the criminal regime in Karabakh, the Republic of Armenia also flagrantly violates its obligations under the Convention.

We do hope that the European Court will pass a fair decision in connection with Azerbaijan’s appeal. As the President of the Republic of Azerbaijan and victorious Commander-in-Chief Ilham Aliyev has emphasized, justice and international law are on our side! We will win!