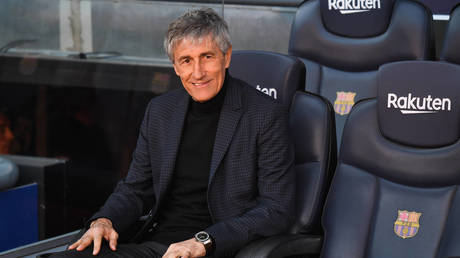 While Quique Setien describes the Barcelona job as a dream, the new manager at Camp Nou walks into a tight title race, a testing Champions League campaign and a squad facing fresh questions and transition. Here are five key tests.

Barca’s run on the road has been, at best, inconsistent and, relative to their home record, wretched.

The warning signs sounded in a 2-0 defeat at Celta Vigo the Saturday before that incredible 4-0 defeat at Liverpool in the Champions League semi-finals in May – results that were only the start of an eight-game winless away run during which they failed to even score on six occasions.

Single-goal wins at Slavia Prague and Inter Milan sealed their Champions League progress, but they lost at midtable Levante and, more recently, went behind and then blew leads at Real Sociedad and Espanyol.

There’s no defining reason behind their away failings, but the enhanced confidence of their opponents, who press high on their own turf and are less prepared to allow Barca to build rhythm and momentum, is a major part of the problem.

Also on rt.com Quique Setien: The chess-mad Cruyff disciple charged with bringing Barcelona back to the summit of European football

Unfortunately for Setien, the behaviour of the hierarchy in shamelessly pursuing new targets in public suggests the new coach will be afforded limited time to implement and comprehensively school his players in at least one alternative tactical plan to counter opponents who adopt this approach.

The psychological factor, linked to a change in overall mentality, will be key to any revolution.

Whatever the level, every fan wants to hear the sentiments Setien came out with during his opening press conference.

Intensity, energy and effort were on his wishlist, but his historic commitment to those qualities now seems particularly prescient for an ageing Barcelona squad who have regularly been accused of being outworked in recent months.

The trouble is, he might find this challenge akin to drawing blood from a quarry. A proper pressing philosophy is not something that happens overnight, and when it goes wrong – an evident risk at a club where the spark has been more like a fizzle since midwinter – it might make things worse before they get better.

An increasingly unsurprising feature of Barca’s play – especially away from home – has been the sight of passes going astray or, worse still, not being attempted at all by players suddenly lacking the inspiration they are capable of inside the opposition half and final third.

Setien would do well to reintroduce a spirit of speculating to accumulate in promising areas of the pitch, taking risks and placing adventure over pragmatism, within reason. Whisper it hopefully, but the new man has a track record of encouraging a style commensurate with expectations of high entertainment.

Although it looks calculated and even visionary in hindsight, the list of wholesale changes enacted by Pep Guardiola after he took over at Barca in 2008 drew sharp intakes of breath at the time.

At 61 and in his first mammoth managerial job, can Setien make the right calls at the right time to ease out fading figures within the squad and bring in the judicious new signings required to refresh Barca?

Without an abundance of funds, it was no surprise to hear him speak of his investment – of a professional, rather than financial kind – in youth.

That will mean more time on the training ground and chances for the prodigies lurking in the academy, and a greater reliance on the likes of Ansu Fati and Carles Perez. 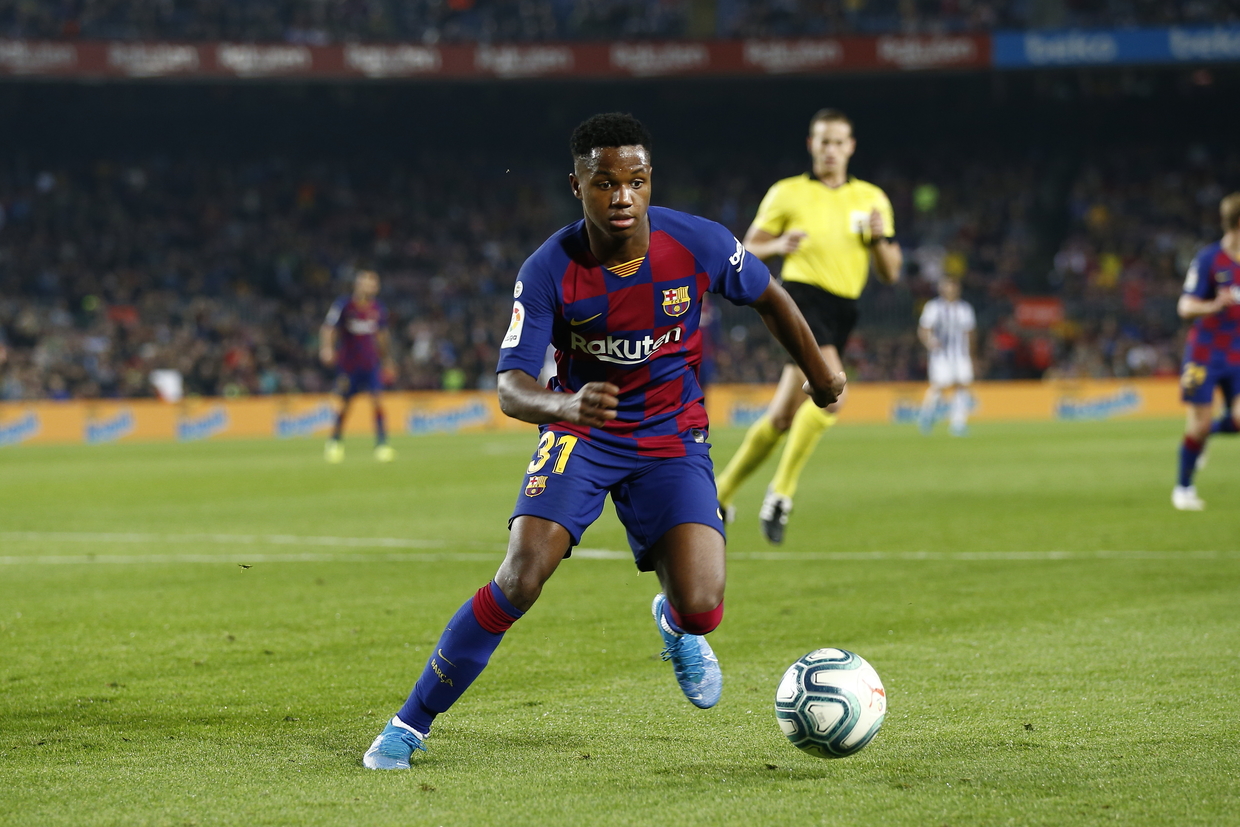 Barca’s back-to-back Liga titles have become both currency for those who argue that the situation is hardly a full-blown crisis and an obvious cause for complacency among the players.

Accustomed to success yet visibly reluctant to do the necessary work without the ball – Messi is only the most high-profile of the squad to look dozy without possession in recent months – Barca’s power-savers need to rediscover how to be electrifying.

Messi had an anonymous game by his standards in the 2-2 draw at Espanyol, practically dropping into a midfield role after Frenkie De Jong’s 75th minute dismissal, which precipitated the hosts’ 88th-minute equaliser.

That he ended up in the middle is an indication of the lack of creativity and slowness of thought and feet shown in the Barca engine room on a regular basis for some time.

Ivan Rakitic is more likely to leave than provide any answers and Arturo Vidal has looked listless to the point of disinterest at times, although Setien seems to be keen to halt his mooted move to Inter.

At 22, for all his heroics for Ajax last season, De Jong cannot yet be relied upon as a transformative influence, and Sergio Busquets is gradually slowing.

Where Guardiola had a glittering cast including Andres Iniesta, Xavi and a peak Busquets to pick in a gilded midfield, Setien’s options are comparatively scarce.

Together with the injured Luis Suarez and Antoine Griezmann, whose path to full form is another issue we could talk about, Messi is part of an indisputably menacing attack.

Most teams bemoan a lack of cutting edge, but Barca are more in need of supporting imagination and a dependable supply line.

Buy himself time with an immediate upturn in results

Barca were dumped out of the Super Cup in shocking fashion last week as two goals in the final ten minutes of normal time saw them lose 3-2 at home to Atletico Madrid.

The current Barca board, who subsequently made Valverde only the second manager to be sacked midseason after a stunned Louis van Gaal was removed in 2003, seemingly lack patience among their virtues.

The club are top of La Liga but level with arch-rivals Real Madrid only because their tally of 40 points is the lowest ever to have topped the table before the winter break in Spain.

EXCLUSIVE INTERVIEW | @QSetien talks about a little bit of everything. WATCH: https://t.co/iW5K1seiI6pic.twitter.com/WBSLpuEhi9

Setien begins at home to Granada on Sunday, who have won only three of their last 11 Liga games but beat Barca 2-0 in September, before heading to Valencia, who are the only side apart from the top two to remain unbeaten at home so far this season.