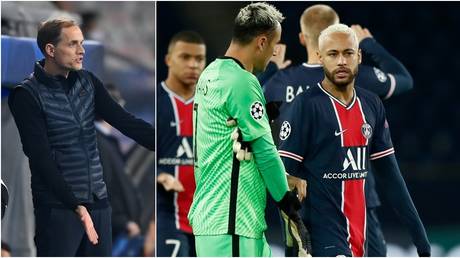 Paris Saint-Germain thought they had finally turned a corner with their run to the Champions League final but all that could unravel should they not pick up a win against Manchester United at Old Trafford on Wednesday night.

PSG’s Champions League heroics last season were ended by German juggernauts Bayern Munich in the final, but along the way the Qatari-backed French kings showed signs that their lavish project could at last be paying dividends in the competition, which is the prize they so desperately crave after their total dominance on the domestic front.

During that campaign Neymar showed why the French club splashed out a world record fee, while Thomas Tuchel’s team showed spine and grit previously unseen when up against it in Europe’s top-tier club competition.

Also on rt.com No theatrics, just football: Neymar is finally giving PSG what they expected from the world’s most expensive player

But anyone expecting them to kick on again this season will have been woefully disappointed thus far.

Less than four months on from their maiden Champions League final appearance in Lisbon, Tuchel’s expensively-assembled squad find themselves precipitously placed in this season’s competition heading into the final two group games.

After two defeats and two wins from their four games so far, the French giants are perched in second place in Group H, three points behind Manchester United but ahead of Germans RB Leipzig by virtue of their head-to-head record. 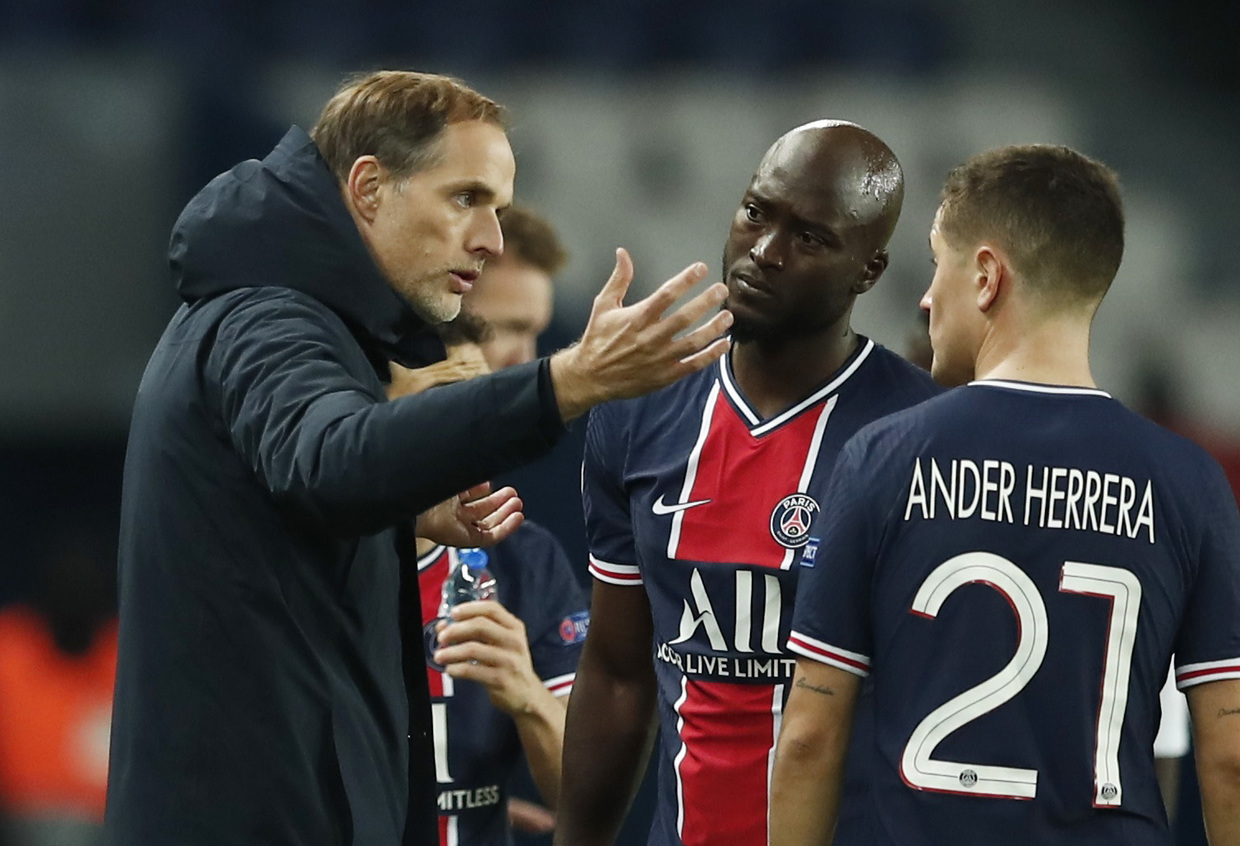 PSG have six points from their four Champions League games so far. © Reuters

PSG suffered a 2-1 defeat at the Parc des Princes to United in the opening round of games back in October, and travel to Old Trafford on Wednesday knowing that a win will be crucial for their hopes of keeping their chances alive of reaching the last 16 – especially as Leipzig will be fancied to pick up all three points in their game at bottom-placed Istanbul Basaksehir in Turkey.

Ole Gunnar Solskjaer’s United have been better on the road that at home this season, but need just one point from their remaining two games to book a spot in the knockout stages, and could be confirmed as group winners on Wednesday if they get all three points and Leipzig fail to win in Turkey, or if they draw and the Germans lose.

PSG’s fate will not conclusively be decided one way or the other on Wednesday, but Tuchel knows that anything short of a win will push his team to the brink and leave them potentially relying on results elsewhere going into the final round of games, when they host Basaksehir in Paris. 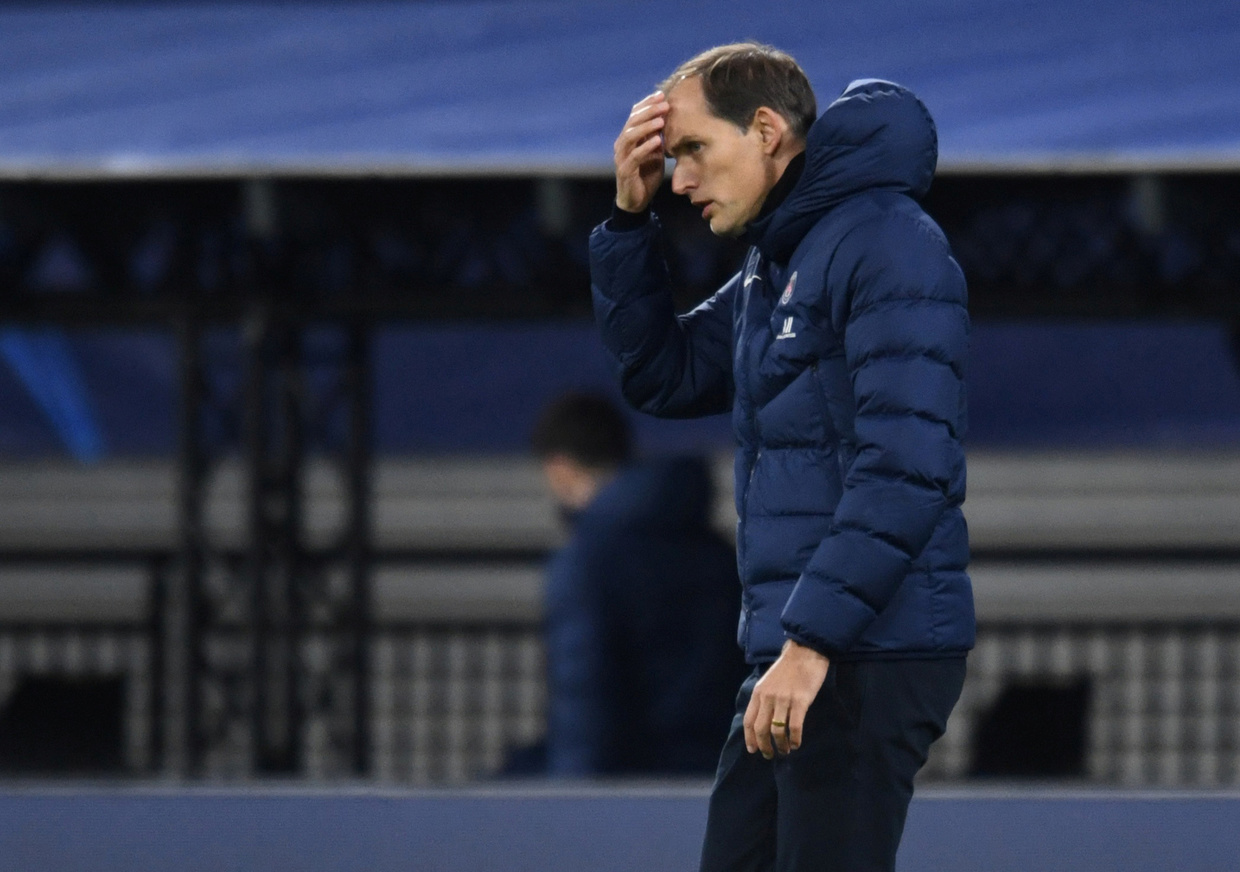 Tuchel’s team have a made a slow start to the season in Europe and domestically. © Reuters

For Tuchel personally, failure to navigate a route out of the group would surely spell an end to his tenure at the club he arrived at in the summer of 2018, whatever happens on the domestic front for PSG this season.

Feeling the strain, the German had lashed out at reporters after his team scraped past Leipzig 1-0 in the last round of games thanks to a Neymar penalty.

Since then, PSG have again stumbled in Ligue 1, being held to a 2-2 draw at home to Bordeaux and continuing a stuttering start to the season which has seen them lose three of their 12 league games, putting them top of the table by just two points ahead of a four-team chasing pack.

Such fine margins have become unheard of in the recent years of PSG’s total domestic subjugation of their rivals – and Tuchel made a rare attack on his players after throwing away another lead against Bordeaux.

Not typically known as team man himself, even Brazilian trickster Neymar used that draw to urge PSG to play more homogenously.

“We have to improve because otherwise, whether in the league or in the Champions League, we have to do better,” the Brazilian cautioned.

“If we don’t manage to do that it will be complicated in the league as in the Champions League.

“We know the importance of Wednesday’s match, like the match against Leipzig, where we didn’t play well even though we won.” 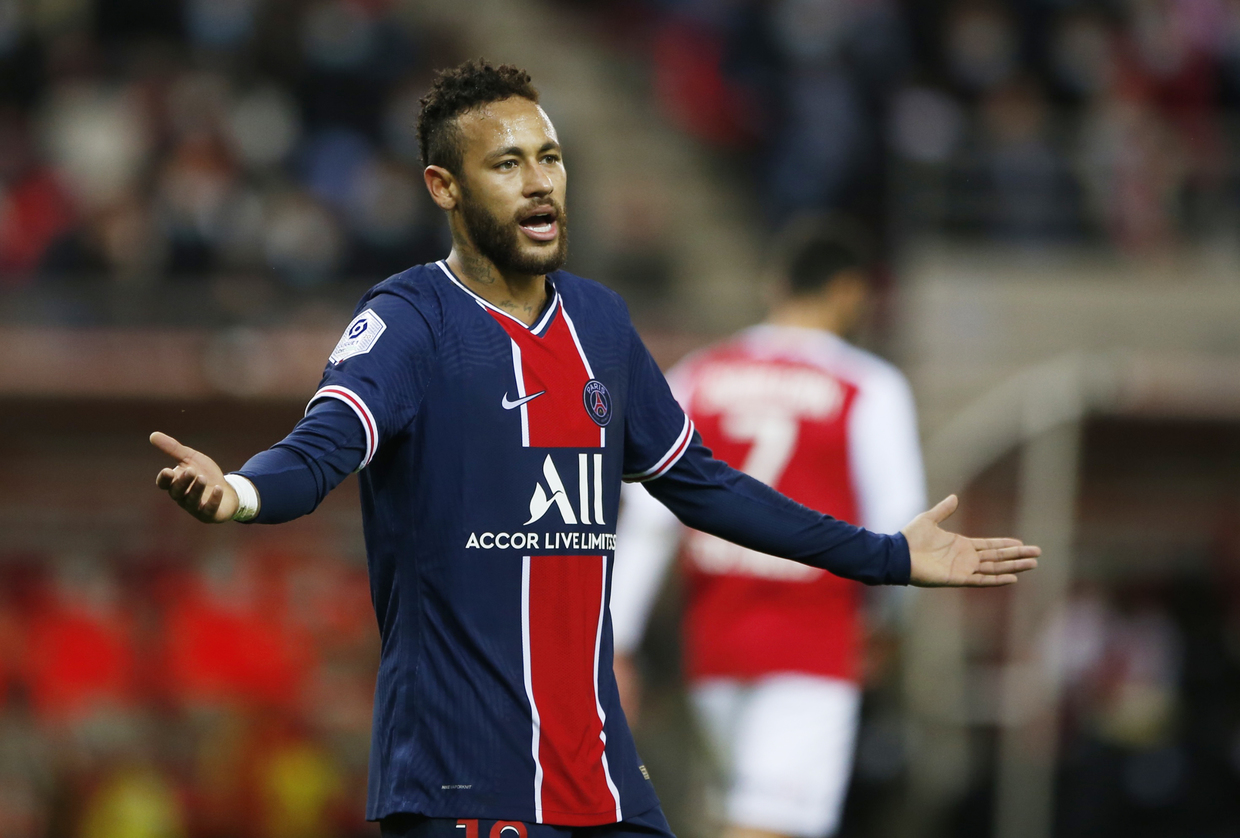 Neymar has urged PSG to play more as a team. © Reuters

United – and in particular England forward and national poster boy Marcus Rashford – have become something of a nemesis for PSG, dumping them out of the Champions League last 16 in 2018-19 after a stunning comeback in Paris, and then beating them at the Parc des Princes at the start of the current campaign.

Tuchel acknowledged that Rashford – who has become a national hero in the UK for his efforts to fight child food poverty – was something of a thorn in the side of his team.

The United forward scored an 87th-minute winner in Paris in October, and also netted the injury-time penalty which consigned the French club to that dramatic exit in 2019.

“We value [Rashford] very much when he plays in England and not Parc des Princes, honestly, because [him scoring against us] gets a little bit annoying,” Tuchel said of the 23-year-old ahead of Wednesday’s game.

“The guy is a very young adult who takes his responsibility on and off the pitch very impressively. I’ve met him as an opponent three times and every time I’ve met a calm and humble guy and a nice person, which is amazing. I like this mixture a lot.” 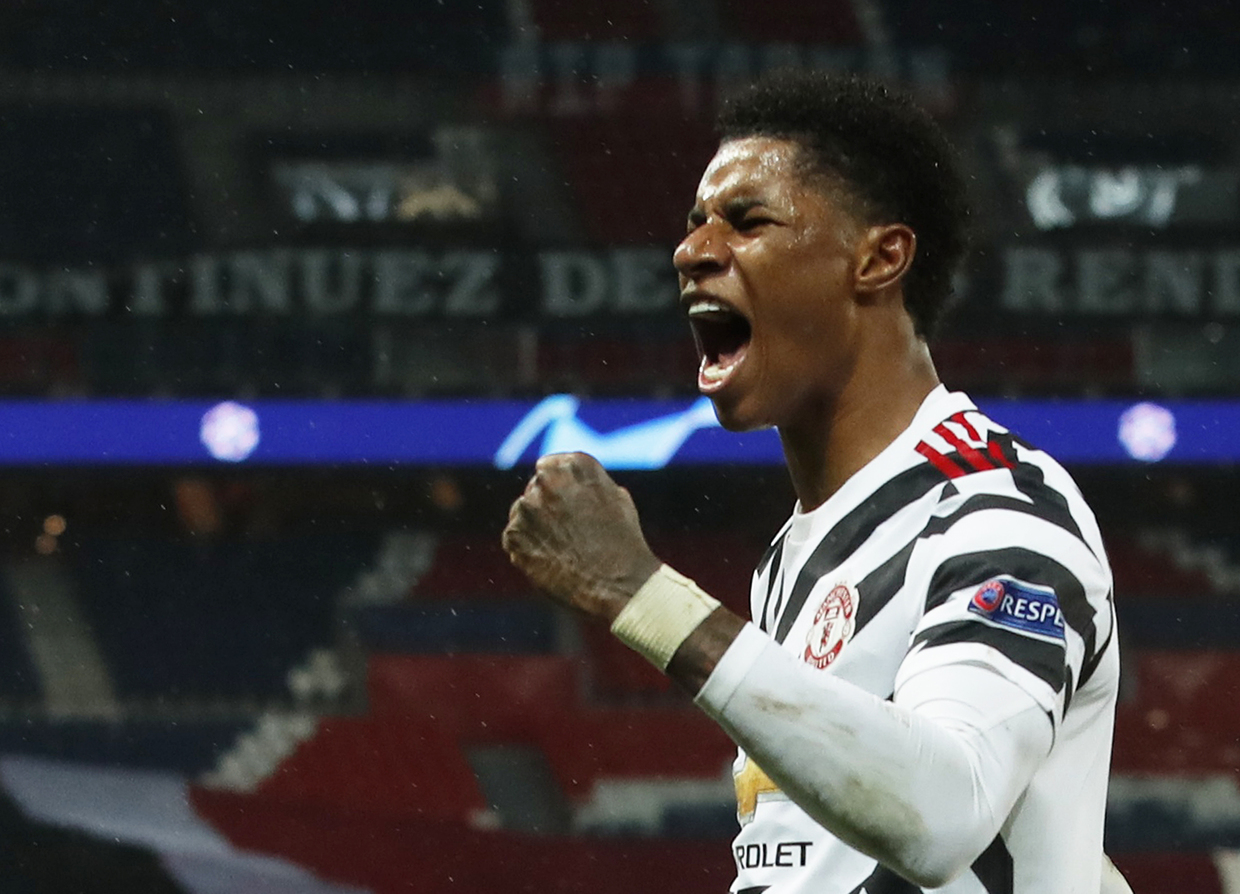 Rashford was on target against PSG in the first round of games. © Reuters

Another familiar face in the United ranks will be Edinson Cavani, the Uruguayan forward who plundered 200 goals in 301 appearances to become PSG’s all-time top scorer during seven years in the French capital, before leaving in the summer and being picked up by the Old Trafford club.

The 33-year-old was on target twice at the weekend for his new club as he made a major impact from the bench in the comeback win against Southampton in the Premier League. 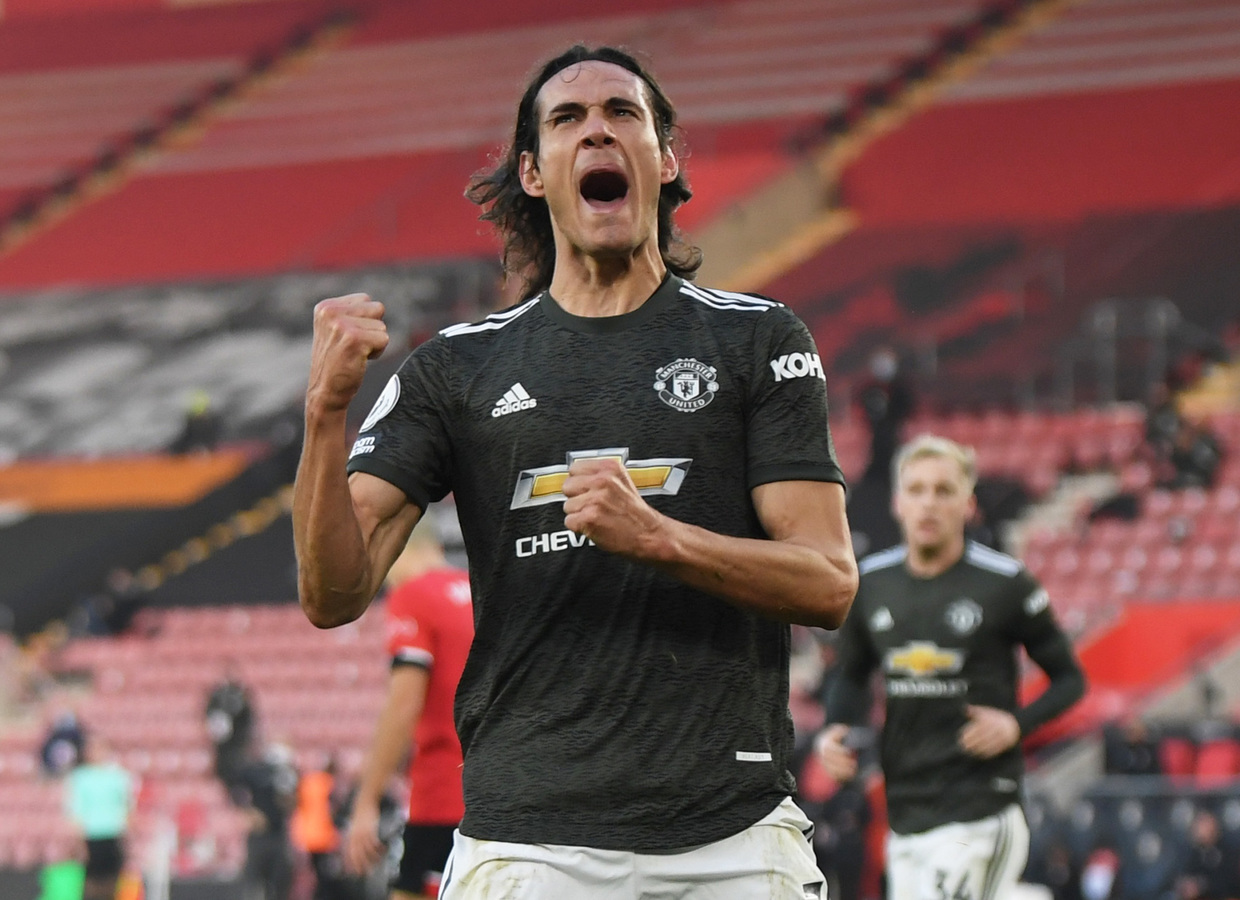 Cavani made history at PSG before departing in the summer. © Reuters

Tuchel also admitted he was wary of the threat from the big frontman.

“He has a big physical impact, scoring comes very natural for him. He’s reliable 24/7. You can call him in the night and he’d be there to score and to defend,” said the German.

“I’m happy for him personally that he could show this to all Man United fans in the last game against Southampton, where he was absolutely decisive for them.

“He doesn’t need to show it tomorrow, we already know, so he can do a little pause! It’s not necessary to show us. If he plays, we must find answers for that.”

There are threats across the opposition ranks for Tuchel on Wednesday night – and any one of them could easily end up costing him his job if PSG don’t leave Manchester with three points in the bag.