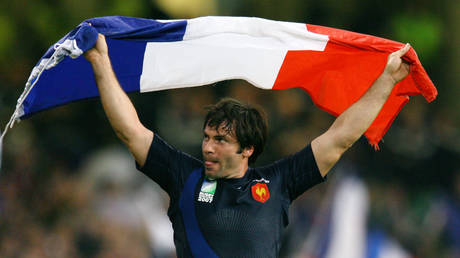 Former French international Christophe Dominici has been found dead at the Saint-Cloud park near Paris after a witness reported seeing a man fitting his description jumping from the roof of a disused building on Tuesday.

It was subsequently reported by local authorities that suicide was the apparent cause of death of the 67-times capped international winger, who was 48.

The diminutive Dominici scored 25 tries in a career which saw him play at three World Cups and earn a reputation as one of the premiere finishers in the northern hemisphere.

His most memorable moment in French colors came in the 1999 World Cup semi-final against the New Zealand All Blacks when he deftly controlled a ball with one hand as he raced down the left sideline with a score crucial to what would become an historic comeback.

A domestic career with Toulon and Stade Francais yielded a mammoth haul of trophies and two appearances in the European Cup Final. Dominici retired from professional rugby in 2008 after a 17-year career and moved into coaching, but would only remain under the employ of Stade Francais for a single season. (RT)

BP sells part of its gas stations in UK

Oil prices rise above $ 55 per barrel

Brent is getting higher on Tuesday, WTI, the leading trading which was not held the…

After the resumption of regular flights between Azerbaijan and Russia, the business delegations will continue…

Some 150 buses ran in the direction of Baku-Sumgayit-Absheron district for passenger transportations in 2020,…

In 2020, the State Oil Company of Azerbaijan Republic (SOCAR) made drilling operations in a…

Delphine d’Amarzit, number 2 of the online bank Orange Bank, will take the head of…