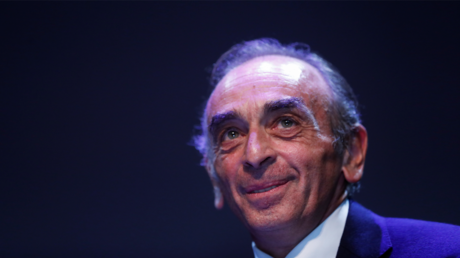 Media outlets, celebrities, and film production companies have expressed outrage over the unauthorized use of their images in a campaign video by far-right presidential candidate Eric Zemmour.

The 63-year-old announced his bid for the presidency on Tuesday in a video that featured him speaking over footage of women in headscarves and black men engaging in civil disobedience.

The right-wing pundit and author said he wanted to “save” France from minorities that “oppress the majority.”

Movie production company Gaumot quickly accused him of using its content without permission.

“Gaumont was surprised to discover that clips of the films from its catalogue have been included into Eric Zemmour’s campaign video without any authorization. Gaumont reserves the right to initiate legal proceedings,” read the statement by the company, which owns the rights for Luc Besson’s Joan of Arc movie and Henri Verneuil’s ‘A Monkey In Winter’, both featured in Zemmour’s video.

Read more:   People squeeze into Paris train like sardines in a can despite restrictions introduced after 2 days of 18k new cases

Besson also expressed his fury, telling AFP the images were used “in a fraudulent manner” and that he “shares none of Eric Zemmour’s ideas.”

In his 10-minute-long video, Zemmour warned of the “tragic fate” facing the traditional and once-great France, saying it was disappearing due to an influx of migrants and multiculturalism.

France Televisions, the National Audiovisual Institute, and Radio France in a joint statement claimed they never gave Zemmour permission to use their images and that the presidential hopeful should pay for the right to use them “like everyone else.” (RT)