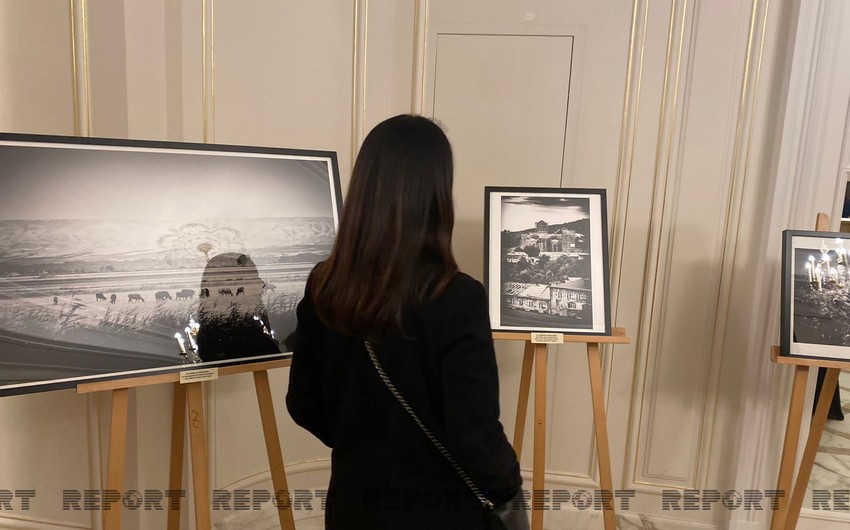 A photo exhibition by French photographer Grégory Herpe, entitled “Karabakh: In Peacetime” opened at the Azerbaijan Cultural Center in Paris.

The event was organized by the Association of Friends of Azerbaijan in France (ADA) and the Azerbaijani House in Paris, with the support of the Azerbaijani embassy in France, the State Committee for Work with the Diaspora, Report’s local bureau informs.

In his speech, Mustafayev stressed the importance of restoring peace to ensure security in the region in the post-conflict period, noting that reconstruction work and demining issues are priorities. The ambassador informed the French guests that Armenians living in Karabakh are Azerbaijani citizens. He stressed the importance of ADA’s activities in the development of friendly relations between the two countries.

Lambert said that Azerbaijan has entered a new post-conflict stage, and new prospects have opened up for the establishment of new relations between France and Azerbaijan, the development of cooperation in economic, cultural, and other fields. He stressed the importance of directing future projects of the organization in this direction.

Grégory Herpe spoke about the photos he took during his visit to Karabakh after the war. The photographer said he could not practice his profession due to the fact that the area was mined by Armenians, adding that clearing the mines that caused human deaths is one of the most challenging tasks today.

Note that the photos reflect the devastation caused by the first Karabakh war, grief, sorrow and post-conflict reconstruction, hopes, and feelings of freedom.