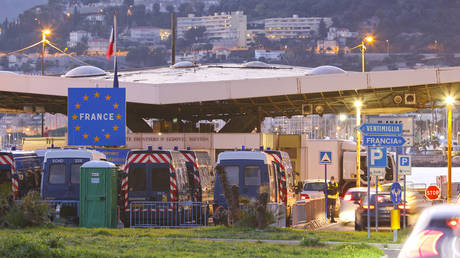 Dissidents should be given visas but draft dodgers should not, a junior minister has said FILE PHOTO. The French-Italian border © MANDOGA MEDIA / picture alliance via Getty Images

France will assess Russian citizens who apply for visas on a case-to-case basis with security concerns taken into account, French Junior Minister for European Affairs Laurence Boone has said.

“We will make sure dissident journalists, people who fight the regime, artists and students can still come here,” she told francetvinfo radio on Wednesday. “And we will issue visas on a case-by-case basis, taking into account the security risks.”

The same individual approach will be applied to those who want to leave Russia to avoid being drafted into the Russian military, balancing their risks and those of France, she added.

“We want to preserve access to political asylum in Europe to people who really need it,” Boone explained.

The Russian government launched a partial mobilization of military reservists last month, with the Defense Ministry stating that it planned to call to arms some 300,000 people to help with Russia’s military operation in Ukraine. 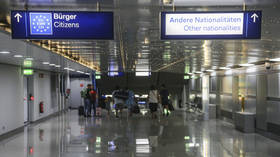 Russia recently amended its criminal code, introducing stricter punishments for wartime crimes. Dodging a draft during mobilization can now land a person in jail for up to 10 years in some cases.

The French official noted that her country’s approach was less restrictive than that of some other EU member states, which imposed a blanket ban on Russian travelers with some humanitarian exceptions.

Countries like Poland and the Baltic states announced that even holders of valid Schengen visas issued by other members of the European free travel scheme would be turned back at the border, if they hold Russian citizenship.

Politicians who favor limiting the access of Russian nationals to the EU cited security concerns and a moral imperative to punish them for their government’s actions in Ukraine. (RT)