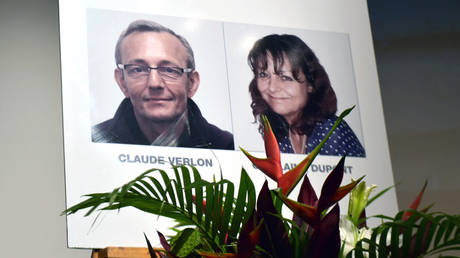 During its operation in Africa’s Sahel region, France’s military killed an Al-Qaeda commander believed to be responsible for kidnapping and murdering two French journalists in 2013, Armed Forces Minister Florence Parly has said.

On June 5, French troops taking part in the counter-terrorism ‘Operation Barkhane’ prevented an attack on a UN outpost in the village of Aguelhok in northern Mali, Parly said in a statement on Friday. Four terrorists, who were preparing to fire mortars at the Chadian peacekeepers stationed at the facility, were killed, including a man identified as Baye ag Bakabo, the minister added.

French prosecutors have named Bakabo the prime suspect in the kidnapping and murder of Radio France Internationale (RFI) journalists Ghislaine Dupont and Claude Verlon in November 2013.

Dupont and Verlon were seized by gunmen in the northern Malian town of Kidal after an interview with a local separatist leader. The pair were driven away and shot dead shortly after the kidnapping. (RT)