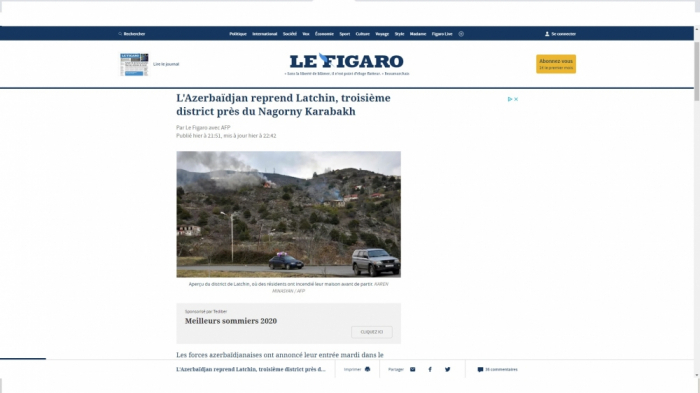 The French newspaper ‘Le Figaro’ published article about the entry of the Azerbaijani Army into the Lachin region.

In accordance with the joint statement signed on November 10, Lachin region was returned to Azerbaijan. It is noted that Units of the Azerbaijani Army entered Lachin on December 1.

The report, which cites Azerbaijan’s Defense Ministry consists information on the joint statement signed on November 10. It was stated that Lachin region came under Azerbaijan’s control on December 1 after Aghdam and Kalbajar.

Besides, the article informed the readers about successes of Azerbaijani Army during the six-week war. It was also noted that Armenians leaving the territories returned to Azerbaijan set fire to houses and destroyed all infrastructure.