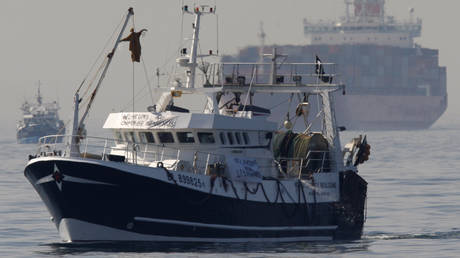 A French fishing vessel in the Channel. © Reuters / Pascal Rossignol

France is prepared to retaliate against new rules governing fishing near the Channel Islands – and could even go as far as leaving Jersey without electricity, French Maritime Minister Annick Girardin has hinted.

During her appearance at the French parliament on Tuesday, Girardin insisted that the rules concerning UK waters were “completely unacceptable” and “null and void,” as they didn’t comply with the Brexit deal agreed and signed between London and Brussels last year, she said.

“In the agreement, there are retaliatory measures and we are ready to use them,” the minister warmed.

She also noted that Jersey, a self-governing British Crown Dependency, was powered by underwater cables coming from France, hinting that the supply of electricity could be cut off.