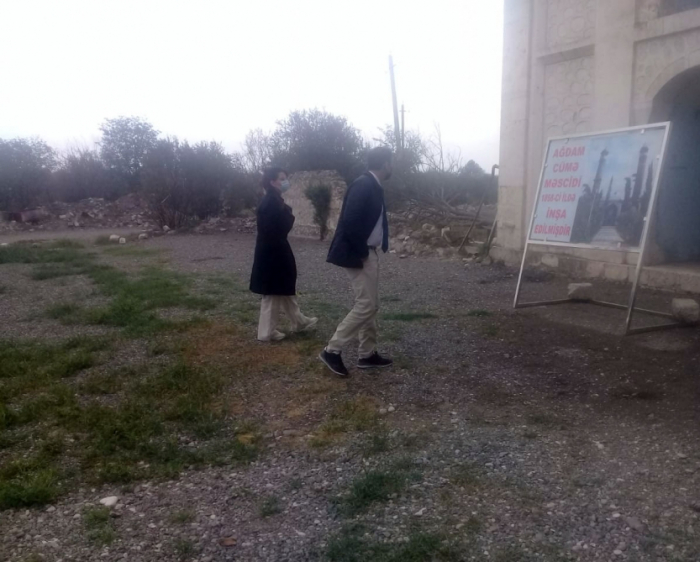 French lawyers Yasin Yakuti and Elise Arfi on Thursday made a trip to Azerbaijan’s Aghdam district, liberated from the Armenian occupation.

The lawyers visited the Juma Mosque in Aghdam. They were informed about the history of the mosque and barbaric acts committed by Armenians in the district.

It was noted that Armenians committed unprecedented vandalism against the historical and cultural heritage of Azerbaijan in Agdam, as in other occupied districts. Monuments, cultural centers, mosques and cemeteries in Aghdam were destroyed, desecrated and Armenianized.